The cast members of Avengers: Endgame are pretty close. They've been friends for quite some time now, so it's hard to imagine them being spiteful with one another. But, Chris Hemsworth and Scarlett Johansson were forced to do just that when they stopped by BBC Radio 1 and played a round of "Playground Insults." Basically, they had to sit face to face and hurl sledges at each other — no mercy.

Of course, they seemed a little nervous at first, but once they got going . . . the slights just started flowing. At one point, Scarlett even went in on Chris's sense of style. "You've got a growing collection of grandma cardigans, and I've been meaning to talk to you about it," she said. But Chris held his own, telling ScarJo, "It's lucky you're beautiful, because there's nothing up here." Woof. But it was all in good fun, and they shared a laugh over all the insults they could think of. Let's just hope they didn't actually take things personally, yeah? 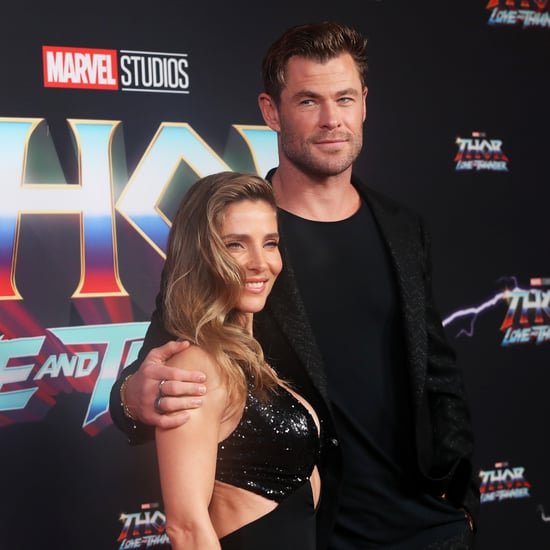