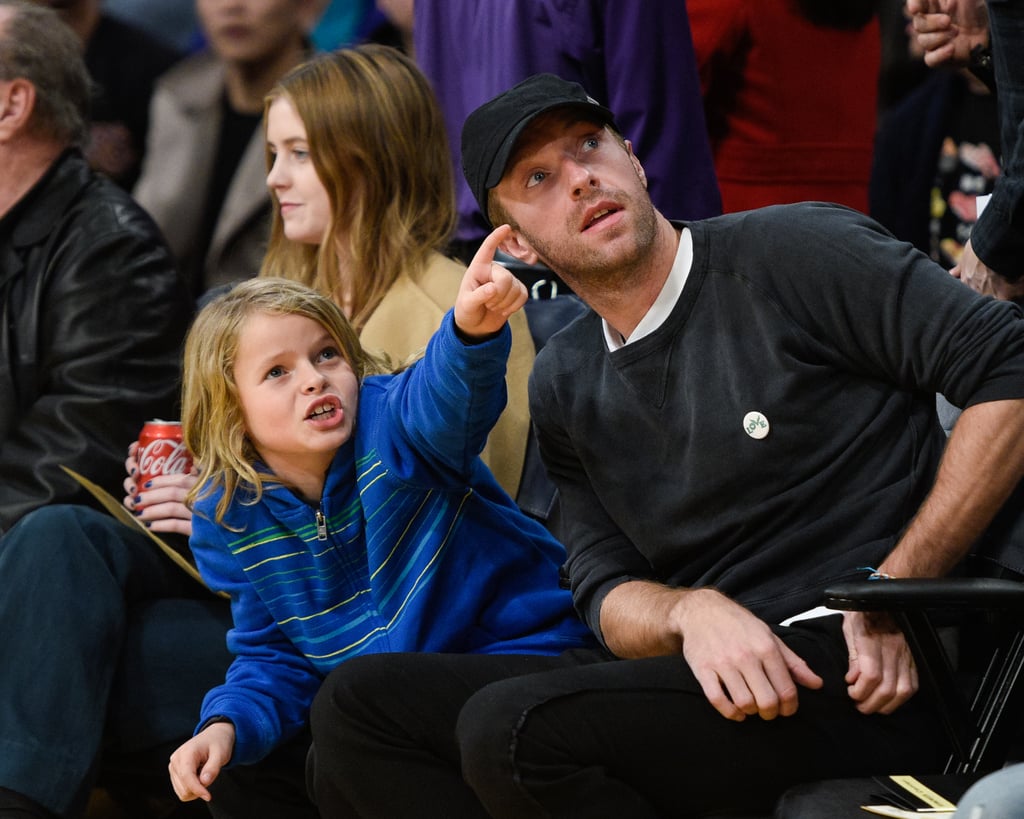 Chris and Moses Martin had an adorable father-son outing at the Lakers game in LA on Tuesday. The duo was all smiles as they sat courtside with Jack Nicholson and his daughter Lorraine and watched the home team take on the Golden State Warriors. Moses, who is the spitting image of his mom, Gwyneth Paltrow, appeared to be adorably animated during the outing, pointing at the scoreboard and making his famous dad crack up with laughter.

The fun night out comes on the heels of a busy few months for the Coldplay singer. After showing adorable PDA in the streets of Paris with his girlfriend, Annabelle Wallis, in October, it was revealed in early December that Coldplay will headline the Super Bowl halftime show this February. Keep reading to see more of Chris and Moses, and then check out his precious bond with daughter Apple.