On Thursday's episode of The Tonight Show, Chris Pratt revealed the funny, slightly creepy story behind his first headshot, a photo that went viral earlier this month. A couple of weeks ago, Chris celebrated Throwback Thursday with a look at his first headshot — a hilariously cheesy but also totally handsome black-and-white picture taken around the year 2000. (Those curls! That smolder!) Chris's caption said it all: "The name's Douchemaster McChest and this is my first headshot. You're welcome."

Of course, those early good looks aren't news for fans who have watched Chris Pratt's evolution from Everwood's Bright Abbott to Guardians of the Galaxy's Star-Lord, but ever since Chris posted that sexy shirtless selfie over the Summer, all eyes are on him — and his abs. Watch Chris tell the funny story in the video above, then check out Chris Pratt's high school pictures and more hot shirtless pictures of Chris at the beach. 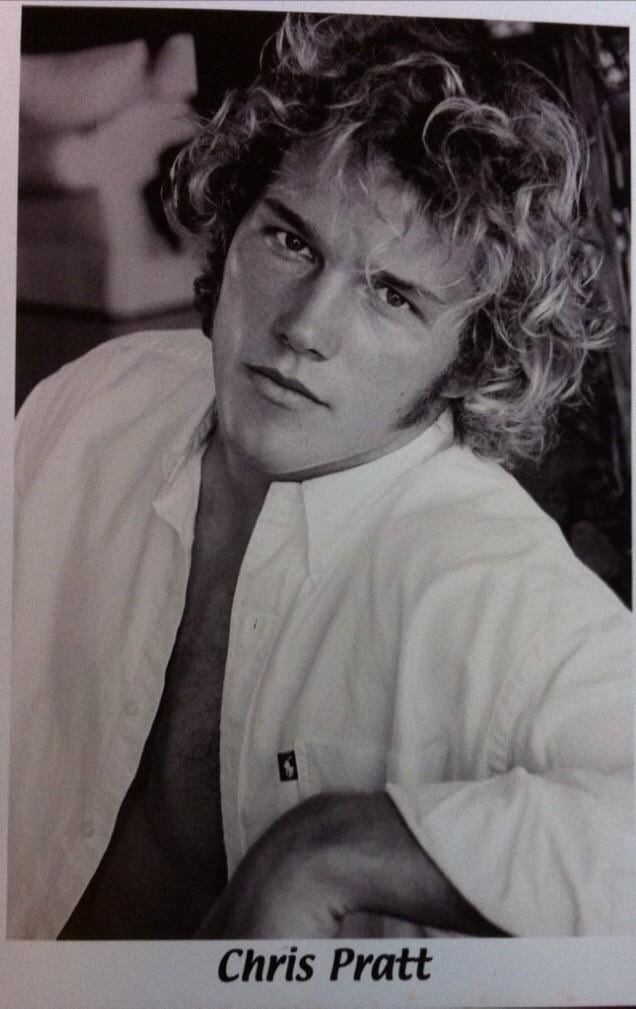