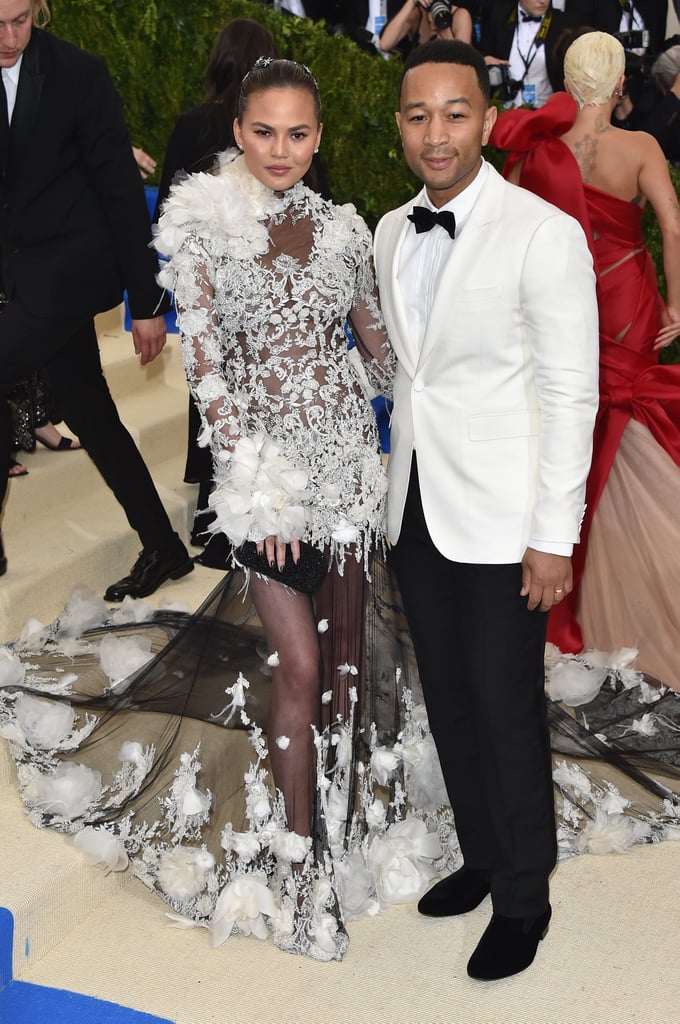 Attention, everyone: we have a few more adorable photos to add to Chrissy Teigen and John Legend's scrapbook. The superstar pair arrived at the Met Gala on Monday night dressed to kill, both sporting coordinating shades of black and white. Chrissy, like Rihanna, stayed on theme and opted for one of the night's more daring looks (complete with a feathery dress and a Jennifer Behr hairband), later posing with Marchesa designer Georgina Chapman and fellow guest Rita Ora. Although there were tons of celebrity couples having a high-fashion date night at the annual event, Chrissy and John were obviously one of the cutest.

Related:
The Best Met Gala Looks From 2017 Will Get You Ready For This Year's Red Carpet
Previous Next Start Slideshow
John LegendChrissy TeigenMet GalaCelebrity CouplesRed Carpet

Celebrity Instagrams
Karl-Anthony Towns Surprises Jordyn Woods For Her 25th Birthday: "It's Time to Take That Next Step"
by Monica Sisavat 19 hours ago

Sophia Bush
Sophia Bush, Hilarie Burton, and Bethany Joy Lenz Have a "One Tree Hill" Reunion on the Red Carpet
by Yerin Kim 21 hours ago