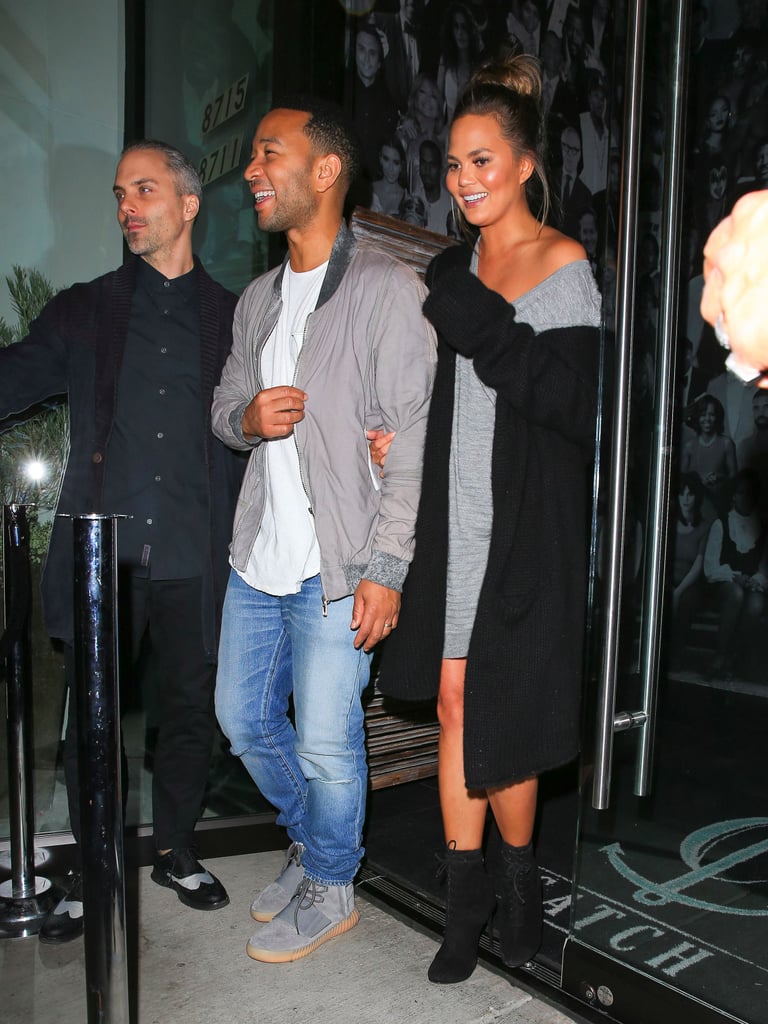 John Legend released his new single, "Love Me Now," on Thursday night, and to celebrate, he enjoyed a date night with his wife, Chrissy Teigen. The couple, who tied the knot in 2013, was spotted leaving Catch restaurant in LA on Oct. 6, where John laughed up a storm as he held hands with Chrissy after their meal. While they appeared to leave their adorable little girl, Luna, at home for the night, John recently opened up about how much she's influenced his music since they welcomed her into the world back in April. During an interview with Radio Disney, the singer said of his new single: "The sound is pretty similar to my older stuff. It's still very soulful, a lot of great musicians on the album, and I sing a lot about love still. But obviously, I have a new love in my life in addition to my wife, of course we have a little baby girl Luna. So I sing a little bit about her too."

In addition to singing about his new leading lady, he also sings to her, something fans have seen on social media. "I sing and dance to her all the time . . . she calms down when I sing to her and dance with her," he continued. "I just make up songs all the time. Whatever I'm trying to get her to do at that time, I make up a little ditty. They all sound like bad commercial jingles. I sang one to her about her stinky poopies . . . Somebody's got a stinky booty!" So. Cute.