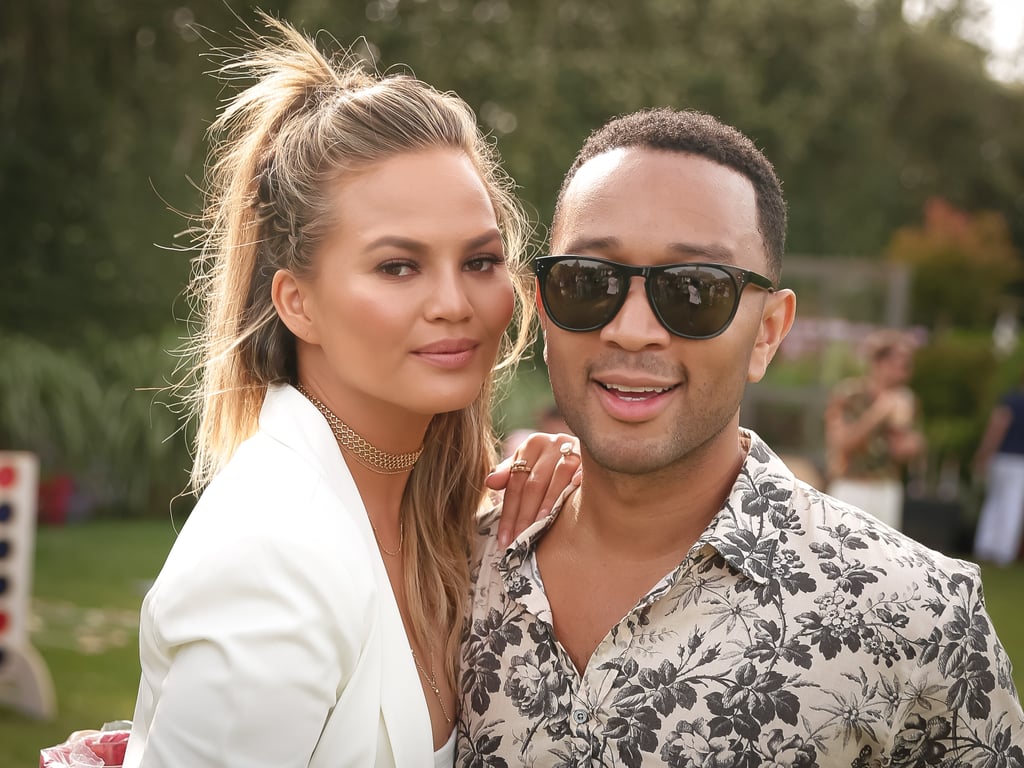 Chrissy Teigen and John Legend sure know how to party! Over the weekend, the couple popped up at Revolve Clothing's annual Fourth of July BBQ pool party in the Hamptons, NY, and judging by these photos, they had a whole lot of fun. Clad in a sexy one-piece swimsuit, Chrissy — who served as the host of the bash — hit the pool with John and rode around on fun inflatables before meeting up with fellow model Emily Ratajkowski. The pair also took to Instagram to share photos from the fete, including one where Chrissy revealed she can't swim.

This is just the latest we've seen of the famous duo since their slew of fun date nights last month, though Chrissy did recently appear in Fergie's sexy "M.I.L.F. $" video alongside pal Kim Kardashian. Read on for more pictures, then get a sweet peak at John and Chrissy's beautiful daughter Luna.

Kylie Jenner
Kylie Jenner's Disney Gucci Jeans Are Out of My Budget, but I'm Still Holding My Credit Card
by Sarah Wasilak 2 minutes ago