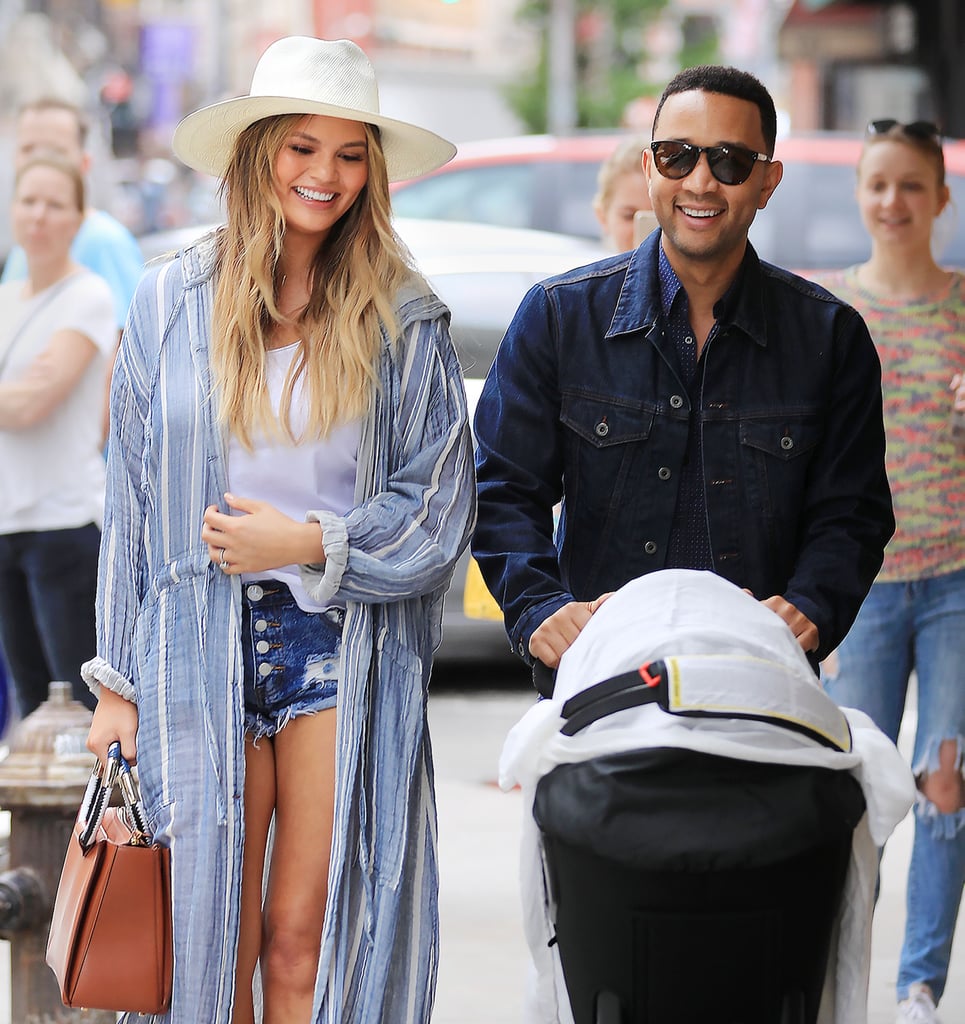 Chrissy Teigen and John Legend became parents in April when their adorable daughter, Luna, was born, and between spoiling us with heart-melting social media photos of the little one, the couple have also been making parenthood look incredibly sexy. Since Luna's birth, Chrissy and John haven't shied away from spending time out and about together, from casual outings with their baby to dressed-up date nights in the city — and even though some internet commenters criticized Chrissy for daring to leave the house with her husband, it didn't take long for John to defend his model wife via social media. "DILF," indeed.

We've rounded up John and Chrissy's stylish, sexy, and sweet moments since becoming a dad and mom. Scroll through to see just how hot they're making parenthood look these days.