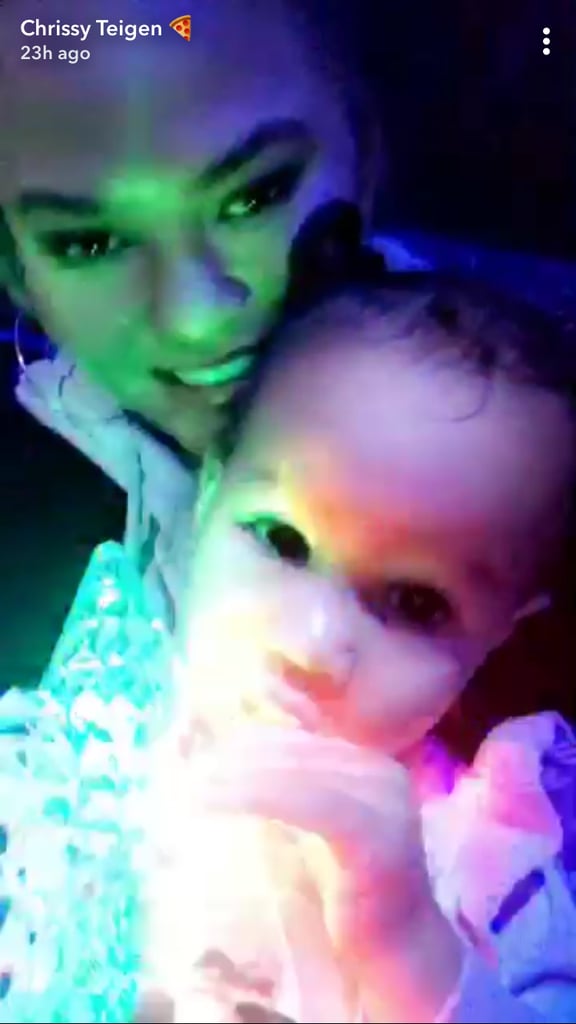 Chrissy Teigen and John Legend continued their fun-filled weekend trip in NYC by visiting the Big Apple Circus with their daughter, Luna, on Saturday. Chrissy's mother, Vilailuck, also joined the family affair and got to witness her 1-year-old granddaughter enjoy the epic show. Chrissy, who is expecting her second child next year, uploaded footage on Snapchat showing Luna completely captivated by the flashing lights and acrobat performers. Later that evening, Luna proved she had her own tricks up her sleeve when she attempted to stack glass bottles on top of each other inside of their hotel room. Future circus performer? We could totally see it. Scroll through to see more photos of Luna and Chrissy clowning around in the Big Apple ahead.