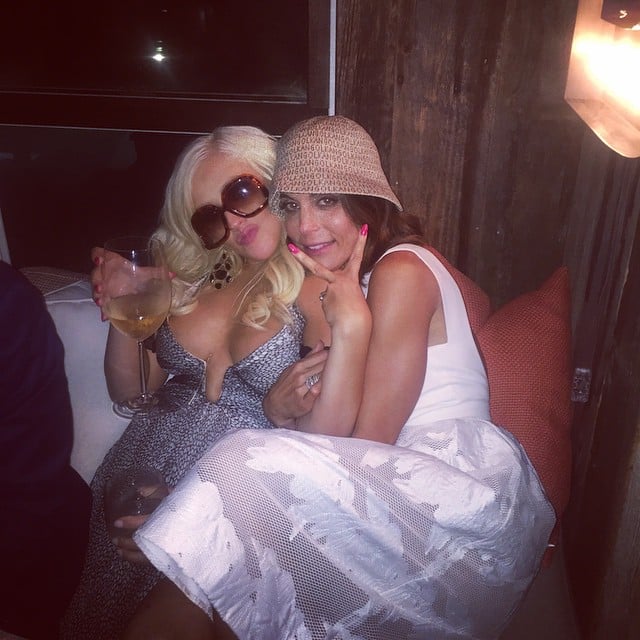 Let's give a warm welcome to Christina Aguilera and Bethenny Frankel, the latest pair of celebrity duos you'd love to hang out with. That's right — the singer and Bravo reality star are officially social media besties. And if Instagram photos from their Sunday in the Hamptons are any indication, this combo is nothing short of a blast. In one snap, Christina and Bethenny cuddle up on a couch. Christina has her party priorities straight, balancing a glass of wine in one hand as she makes a silly gesture in front of Bethenny's face with her other hand. The Real Housewives of New York City star later took to Twitter to confirm her adoration for the pop star, saying she's a "living doll," and then some.

Well @xtina is a living doll & beyond talented. She deserves all of the good in the world @PopInsiderUS

Christina, a vocal Bravo fan, showed her love for Bethenny in July.

Love @Bethenny back on #RHONY. Best season ever...the show needed you back!!! Missed you! And Dorinda is a great addition!! 👏⭐️🙋❤️

Both ladies have made trending news this Summer. While Christina's topless selfie went viral, Bethenny downplayed rumors of a romance with Modern Family star Eric Stonestreet.