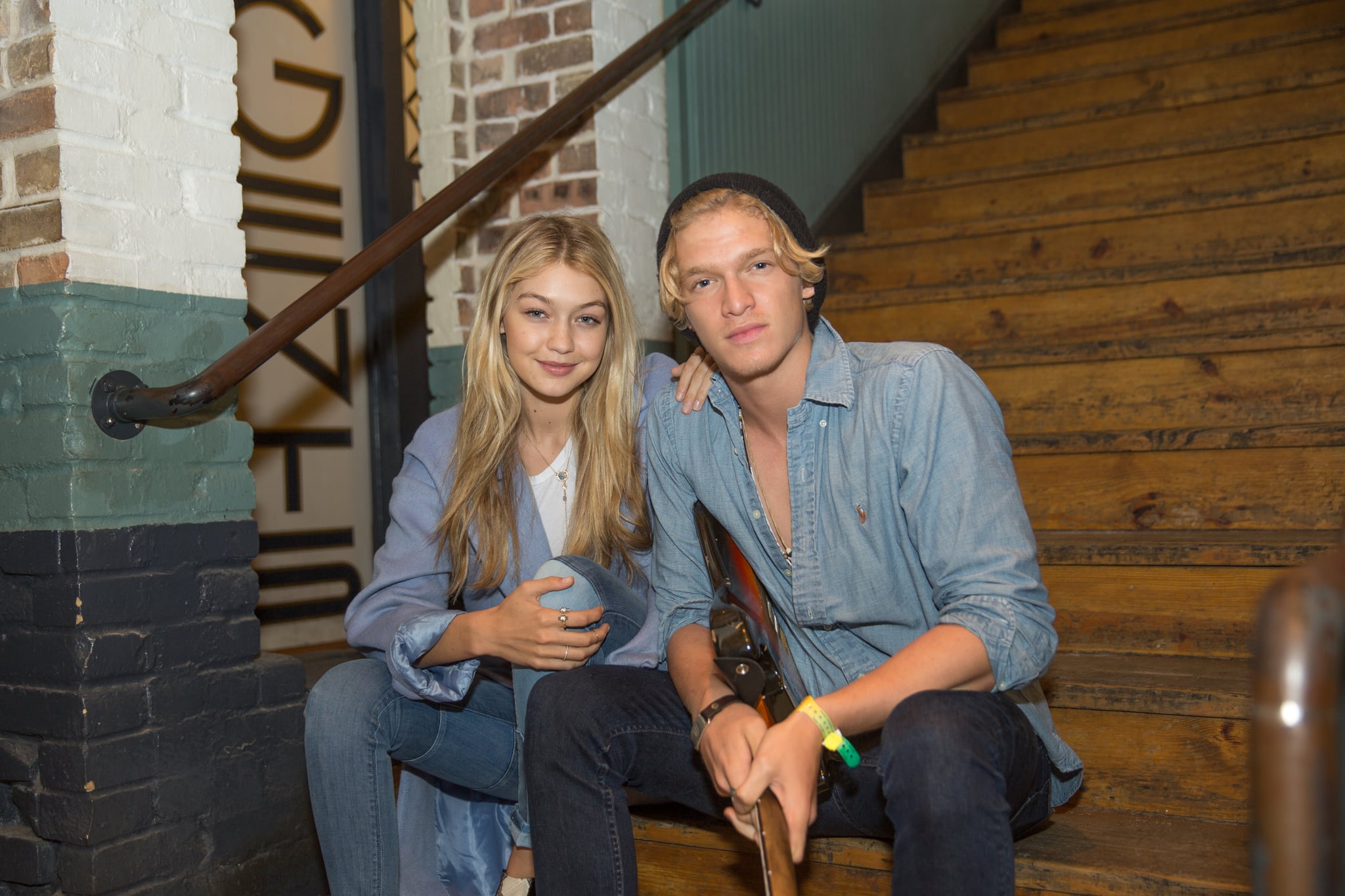 Cody Simpson and Gigi Hadid may just be the new celebrity It couple, and it's not hard to see why; they're young and attractive, and they have respective careers in music and modeling that are well on the rise. Their relationship has resulted in some pretty adorable photos, including their most recent date night at a NY Knicks basketball game. The couple, who have been dating on and off since 2013, never shy away from showing PDA or saying sweet things about each other in the press, and Cody took things to a new level when he gushed about his girlfriend in an interview with Cosmo on Friday. The 18-year old Aussie opened up about Gigi (who was also in the room) and gave some pretty cute quotes about their relationship. Keep reading to see them now.