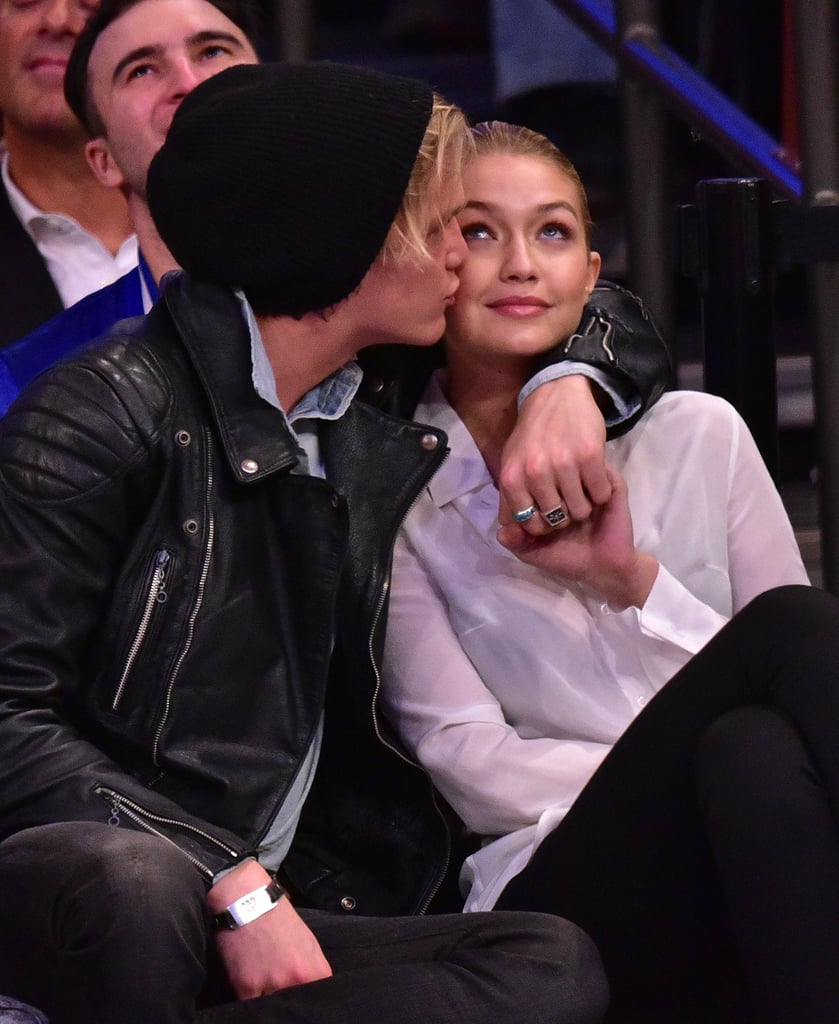 Model Gigi Hadid got animated at Wednesday night's Knicks game against the Nets, standing up to cheer before sitting and snuggling up to her other half, singer Cody Simpson. The cute couple laughed and chatted throughout the game, exchanging kisses and flashing big grins in their front-row seats. This isn't the first time they've shown sweet PDA, though; both Gigi and Cody regularly post adorable pictures of each other on social media, and Gigi's mom, Real Housewives of Beverly Hills's Yolanda Foster, called them the "next generation of love and romance" in their family. Check out Gigi and Cody's cutest moments in pictures, then see Gigi's hottest Instagram snaps and her fitness routine!

Gigi Hadid
Gigi Hadid Has 1 Tiny Tattoo, but It's Nearly Impossible to Spot
by Jessica Harrington 4 days ago