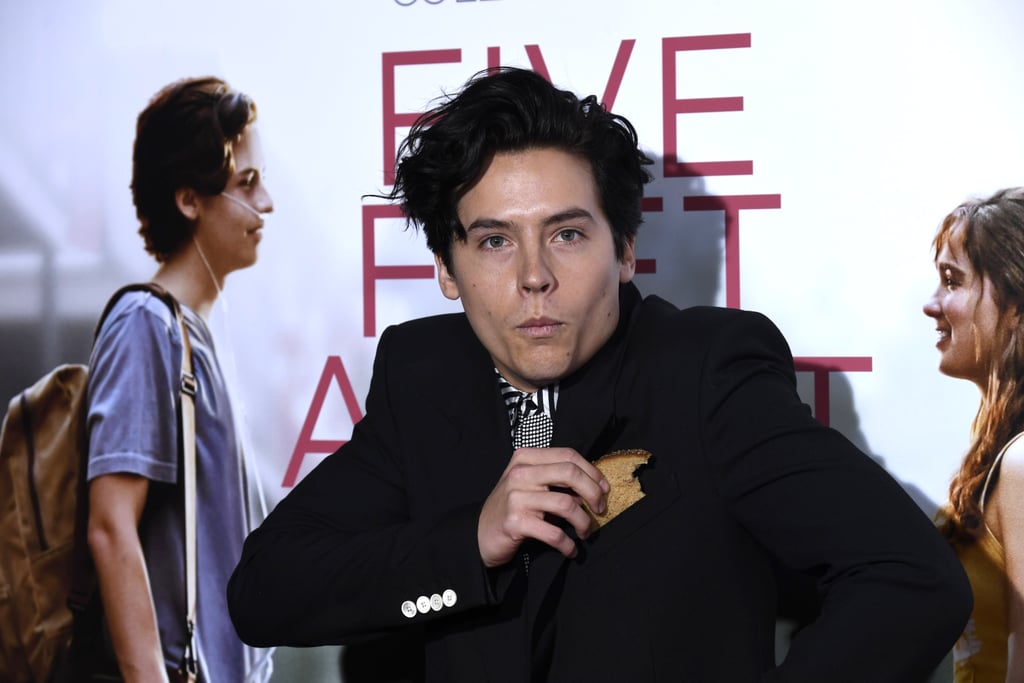 Cole Sprouse isn't the first celebrity to go against the grain (pun intended) and keep snacks in his pocket, but his love of bread has officially reached a new level. On Friday, he attended the LA premiere of his new movie, Five Feet Apart, with a slice of bread in his pocket — and it looks like it's multigrain? During an interview on The Late Late Show with James Corden that same day, James referenced a photo of Cole with two fans, and pointed out a slice of what looks like ciabatta bread in the front pocket of his shirt. "You know, I'd prefer if we didn't go into my personal life, if that's OK," Cole said.

"I think it should become your thing, where you're never seen [without bread]," James insisted. OK, the image of that in my head alone is enough to make me laugh, but Cole actually followed through! "I've got a premiere tonight," he told James. "If you guys got some bread back stage, I can put a little bread in my pocket." Cole clearly stayed true to his word as he posed with a slice of multigrain bread that he'd already taken a bite out of, because seriously, who can resist bread? We may not know why Cole had that first slice of bread in his pocket to begin with, but at least he isn't afraid to get his multigrain on. Who knows? Maybe we can expect to see him holding a baguette or a croissant clutch in the future.