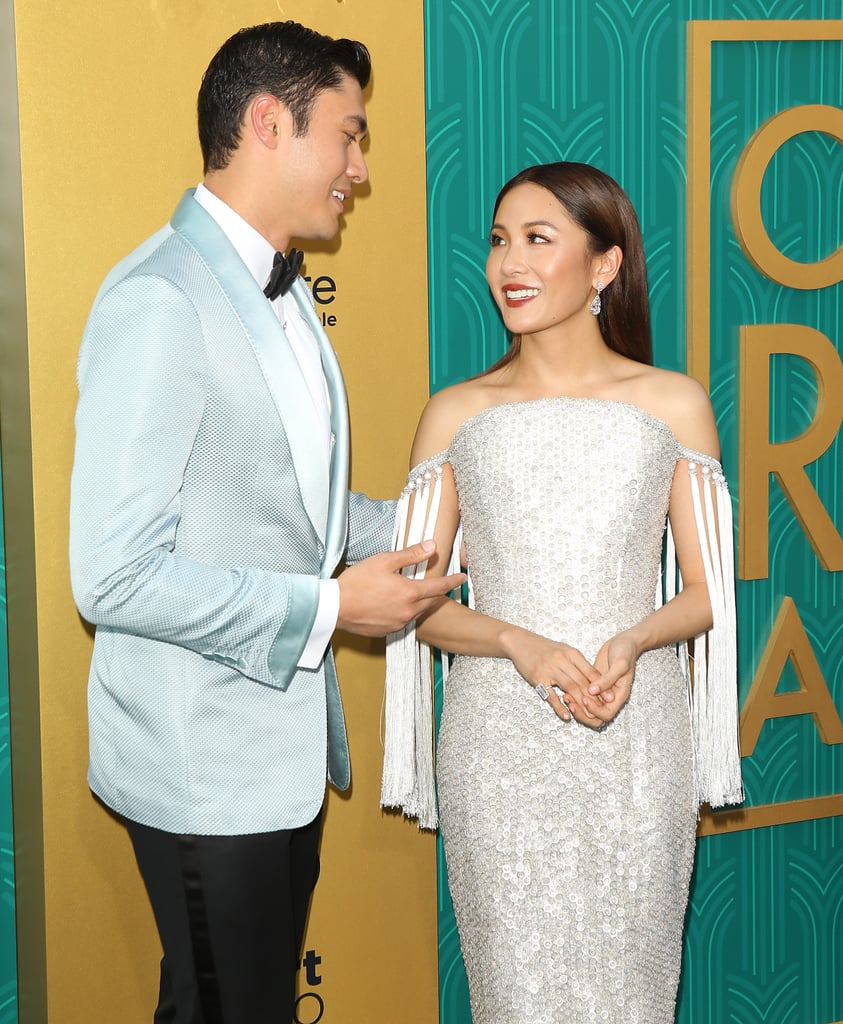 Constance Wu and Henry Golding star as Rachel Chu and Nicholas Young in the highly anticipated Crazy Rich Asians movie, and we're happy to report that their relationship is just as cute in real life. Even though Constance and Henry are only friends (Henry is happily married to TV host Liv Lo), the two seem to genuinely like each other and have a lot of fun together. During a stop on The Ellen DeGeneres Show in April, Constance couldn't help but gush about her costar's charm, saying, "You just fall in love with him the second you see him on the screen." Take a look at some of Constance and Henry's cutest moments ahead before the film hits theaters on Aug. 15.

Taylor Swift
Everything We Know About Laith Ashley, Taylor Swift's Love Interest in "Lavender Haze"
by Simrin Purhar 8 hours ago

Celebrity Instagrams
Chlöe Launches Herself Off a Boat in a Strappy Pink Thongkini: "Here We Go"
by Chanel Vargas 9 hours ago