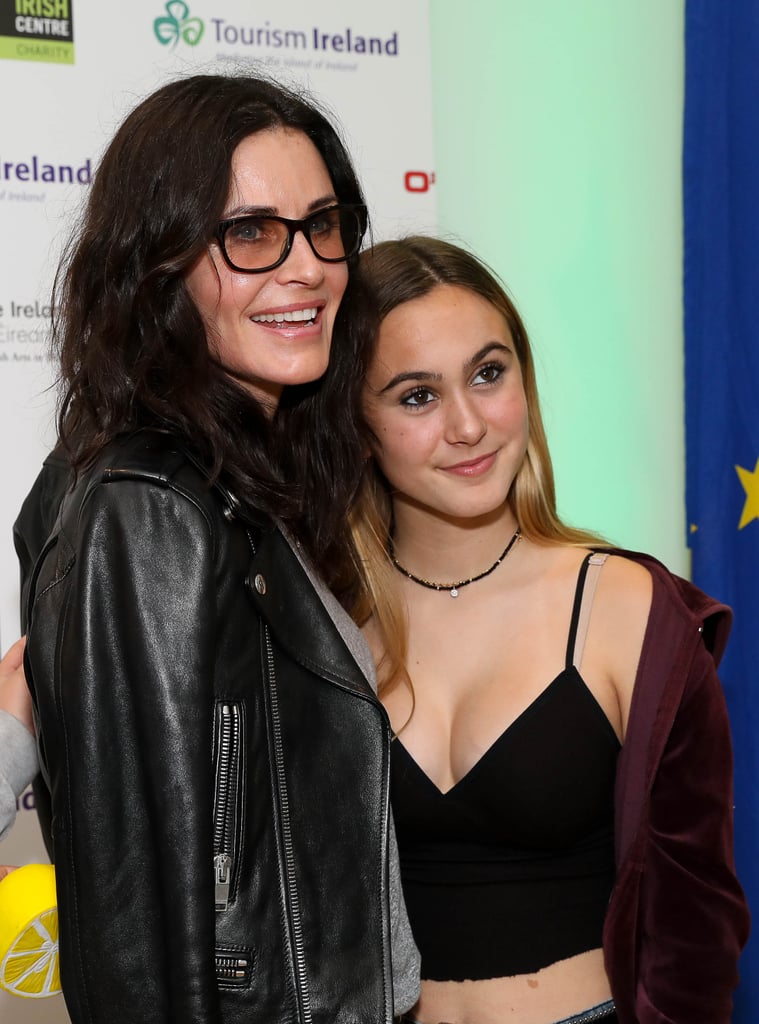 Courteney Cox and her 14-year-old daughter, Coco, had a fun girls' night out at Ed Sheeran's charity concert at London's Irish Centre on Tuesday. The ladies were joined by another friend and were as cute as can be as they posed for photos together. Can you believe how grown up Coco is getting? Courteney shares Coco with ex-husband David Arquette, and the former Friends star recently opened up to People about what it's like raising a teenage daughter.

Fun fact: Ed and Courteney have been friends since before he was even famous. Courteney even let Ed crash at her Malibu house while he wrote his 2014 album, X.

Celebrity Families
Travis Barker Loves Being a Dad "More Than Anything" — Meet Atiana, Landon, and Alabama!
by Emily Weaver 4 hours ago

Celebrity Families
Nick Cannon Is Going to Be a Dad of 6 Soon! Here's What We Know About His 4 Kids
by Alessia Santoro 5 hours ago

Baby Names
Macaulay Culkin and Brenda Song Are Parents, and We Love the Name They Chose For Their Son
by Alessia Santoro 7 hours ago