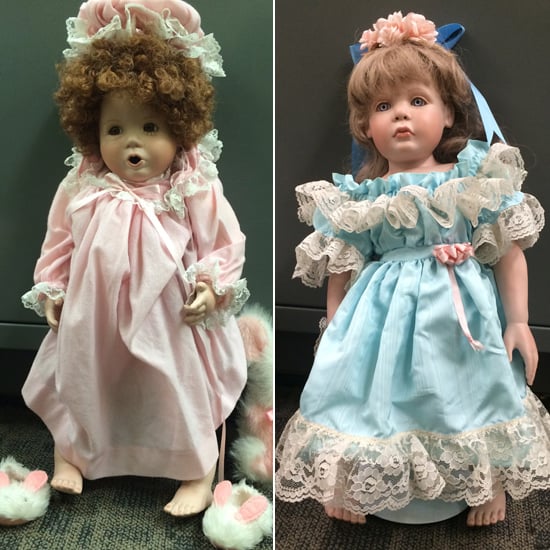 Families in San Clemente, CA, had a bit of a scare this month when a stranger started to drop off porcelain dolls outside their homes. To add to the creepiness factor, a few of the figures, like the ones above, resembled the children who lived at the homes they were left in front of. However, the mystery was quickly solved when an elderly woman came forward as the toy-leaving culprit. "Investigators have concluded that her motivation was out of goodwill and that she intended it as a kind gesture," Orange County Sheriff's Department Lt. Jeff Hallock said. "The woman attended church with many of the impacted families." Apparently, the woman wanted to clean out her doll collection and thought that children from her church would enjoy them. However, her decision to not leave a note or notify the parents about her kind gesture left many of them feeling scared.

Before the woman cleared up the investigation, residents told NBC Los Angeles that they found it disturbing. "I'm actually thinking the worst, like someone creepy watching our children and I'm actually pretty scared about it," one resident said. Another added, "It's really creepy and disturbing. As a mom with a daughter, it freaks me out. Hopefully it's a prank and not someone with very bad motives." And that's why you always leave a note.