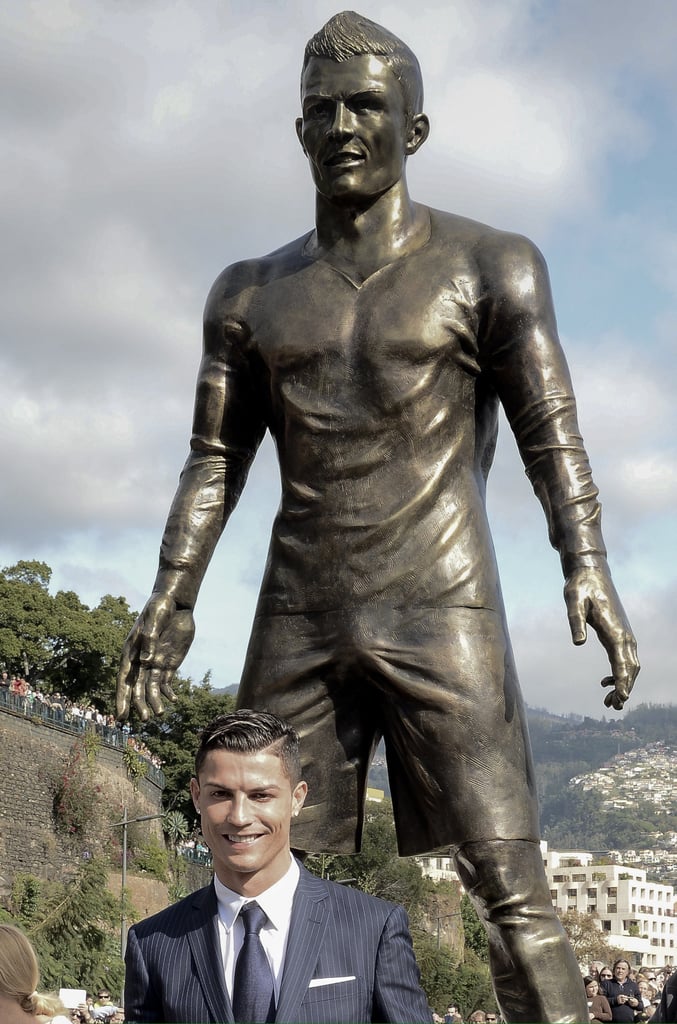 Portuguese soccer player Cristiano Ronaldo was honored by his hometown with a statue of himself — which has, well, a noticeably large bulge. The soccer star stepped out in Funchal, Portugal, on Sunday for the unveiling of the statue, posing for pictures beside the bronze version of himself. And although his handsome smile definitely grabbed some attention, what's truly impossible to ignore is the statue's midsection. The thing is, this isn't even the first time Cristiano has posed beside a version of his bulge, as he stood proudly beneath his crotch when his CR7 by Cristiano Ronaldo underwear line was launched in Spain last year. See all the pictures from the unveiling of the statue, then check out more celebrity bulge moments. 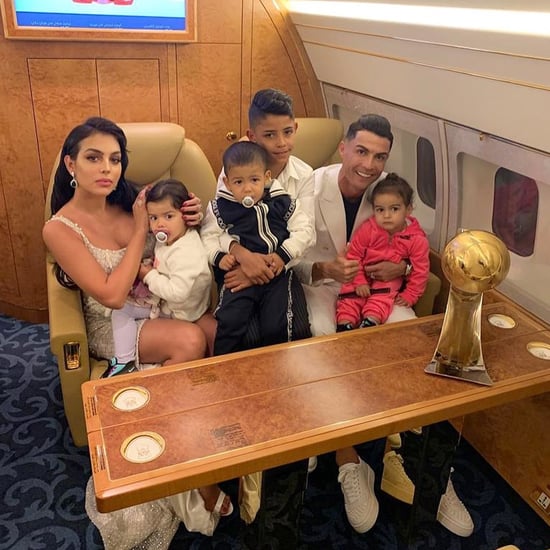