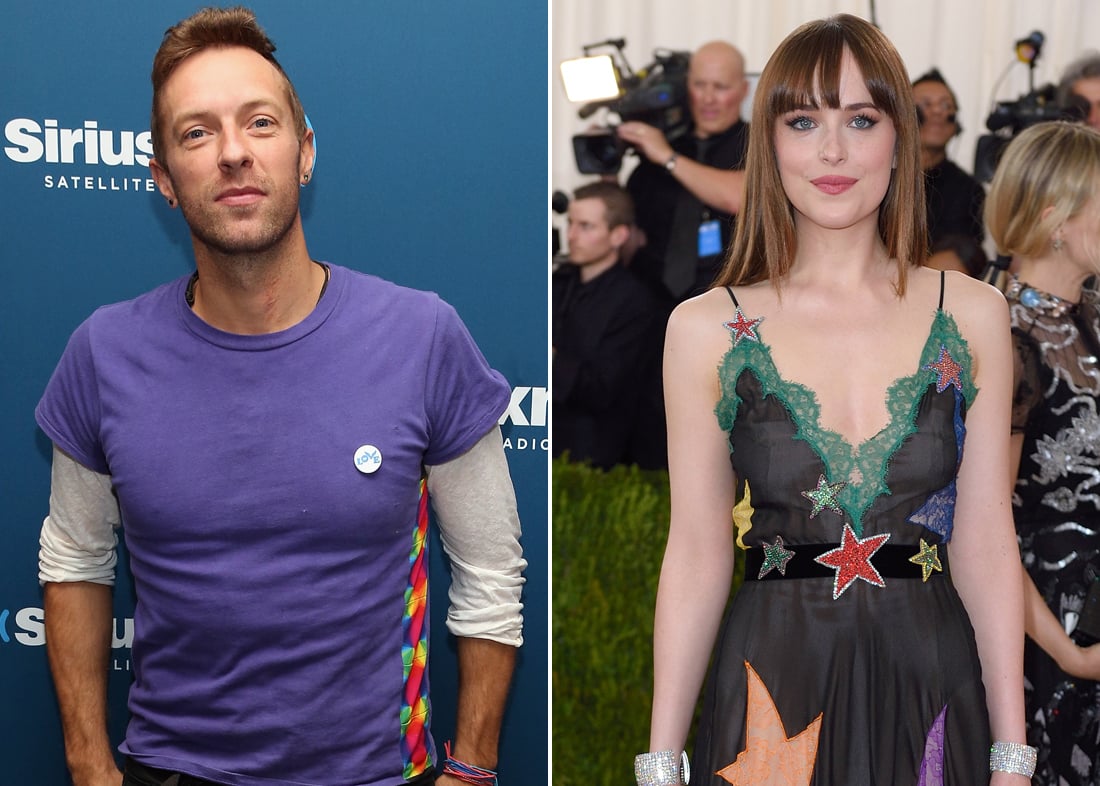 Dakota Johnson and Chris Martin's relationship was taken to a new level on Thanksgiving as the Fifty Shades of Grey actress spent the holiday with Chris and his ex-wife, Gwyneth Paltrow, on the East Coast. According to E!, Gwyneth's husband, Brad Falchuk, and her children, Apple Martin and Moses Martin, were also there. This is the first major holiday that Dakota and Chris have spent together since they started dating in 2017. E! also reports that Gwyneth and Dakota have "spent a good amount of time together and have a very nice friendship" and that "the kids really like Dakota and enjoy spending time with her."

Chris and Dakota's romance has certainly developed over the past year. In January, they were spotted getting nice and cozy together on a Malibu beach, and they got matching tattoos in September. So it makes total sense that the happy couple decided to spend Thanksgiving with the rest of Chris's family. And the fact that Dakota and Gwyneth get along just makes it even sweeter!