The latest person to weigh in on college football star Michael Sam's coming out is Texas anchor Dale Hansen, who said the player's announcement calls for us to celebrate our differences. Echoing Jon Stewart's sentiments, he referred to past NFL controversies, including race, saying, "It wasn't that long ago when we were being told that black players couldn't play in our games because it would be uncomfortable. And even when they finally could, it took several more years before a black man played quarterback because we weren't comfortable with that, either." Hansen got personal, adding, "I'm not always comfortable when a man tells me he's gay. I don't understand his world. But I do understand that he's part of mine."

Hansen's emotional segment comes amid reports that the player's father, Michael Sam Sr., seems to have mixed reactions. He told NBC News that he was shocked and proud, saying, "No matter what, he's my son and I still love him." In an interview with The New York Times, though, Michael's dad had a different response. "I don't want my grandkids raised in that kind of environment. I'm old school," he said, adding, "I'm a-man-and-a-woman type of guy." For his part, Michael appears on the cover of Sports Illustrated this week, and his cover quote reads, "If I was walking down the street and someone asked me If I was gay, I would've told them I was gay. I wasn't afraid." 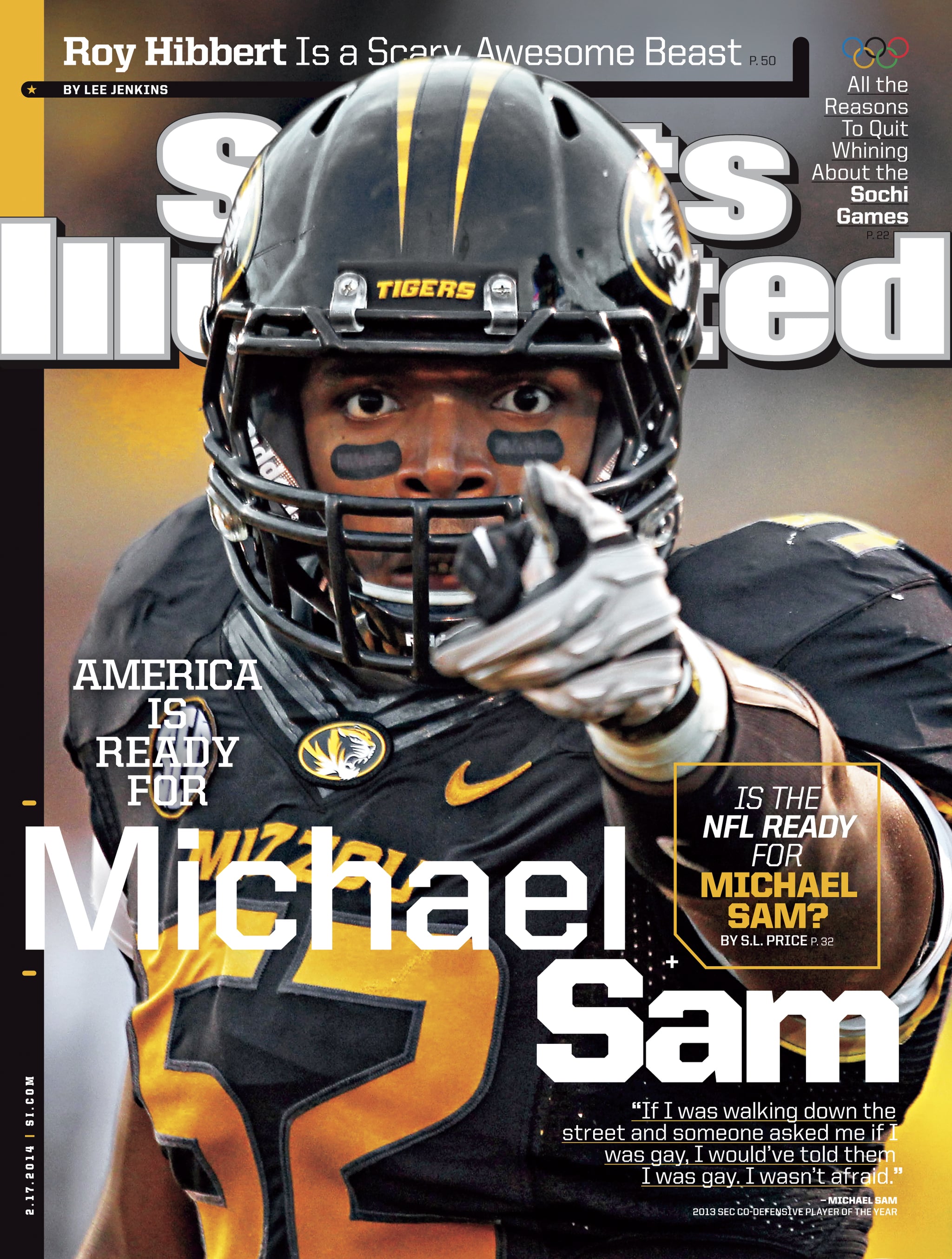 Viral VideosNewsFootballLGBTQ+
Around The Web

Little Kids
This Adorable 5-Year-Old Is Her Mom's Biggest Hype Woman: "You Look So Beautiful Today!"
by Yerin Kim 4 hours ago