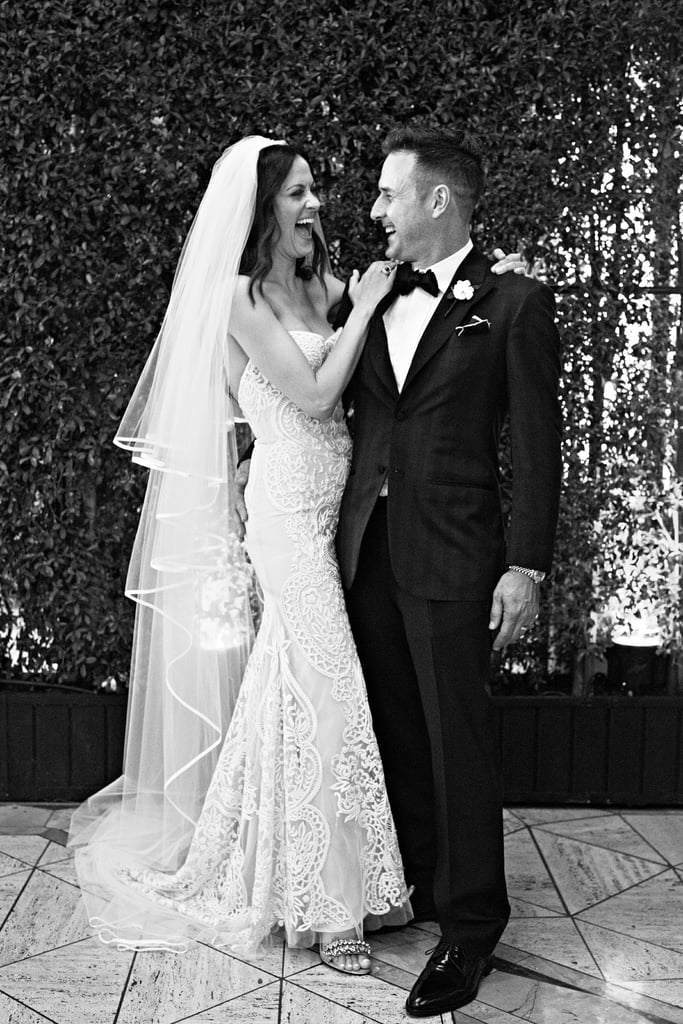 David Arquette and Christina McLarty released their first official wedding photo on Tuesday! The couple, who said "I do" on Sunday in LA, stared lovingly into each other's eyes for the gorgeous black-and-white snap. David opted for a plaid suit and bow tie, while Christina wore a flattering sleeveless gown. Patricia Arquette, Stephen Dorff, Paul Reubens (aka Pee-wee Herman), and David's children, Coco and Charlie, were among the intimate group of close friends and family to witness the event, which took place at the Italian restaurant Cicada.

It's been a little under a year since news about the couple's engagement emerged in July, just after David's ex Courteney Cox got engaged to Johnny McDaid. Keep reading to see pictures from David and Christina's big day, and then find more inspiration in the ultimate celebrity wedding gallery.