Demi Lovato is engaged! Well, at least in the eyes of one little boy. The singer stopped her show during a gig in Moline, IL, on Saturday to pull an adorable 5-year-old fan named Grant onto the stage after she noticed his handmade "Marry Me" sign. The cute kid was clearly a little overwhelmed by the sudden attention (and also forgot the engagement ring he had for Demi!) but he still pulled off the proposal. Spoiler alert — she said yes! Hopefully Demi's on-again, off-again boyfriend Wilmer Valderrama is OK with her new fiancé. Watch the whole interaction above, and be sure to check out more must-see viral videos. 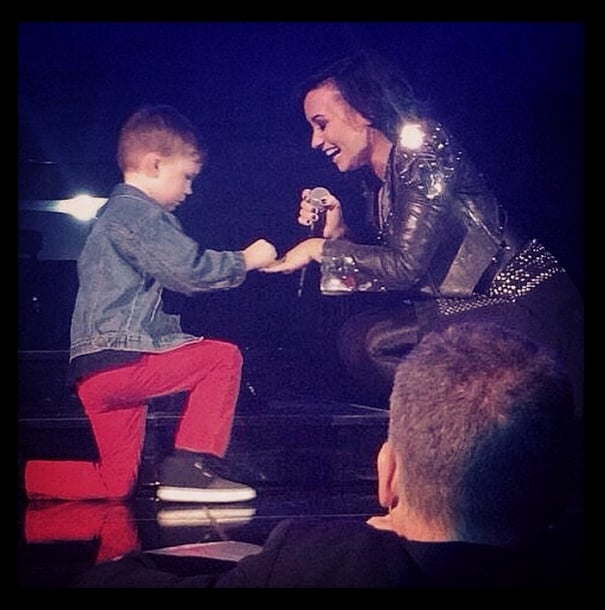 Demi Lovato
Demi Lovato on Working at 8 Years Old: "There's No Manual on How to Raise a Child Star"
by Yerin Kim 5 days ago