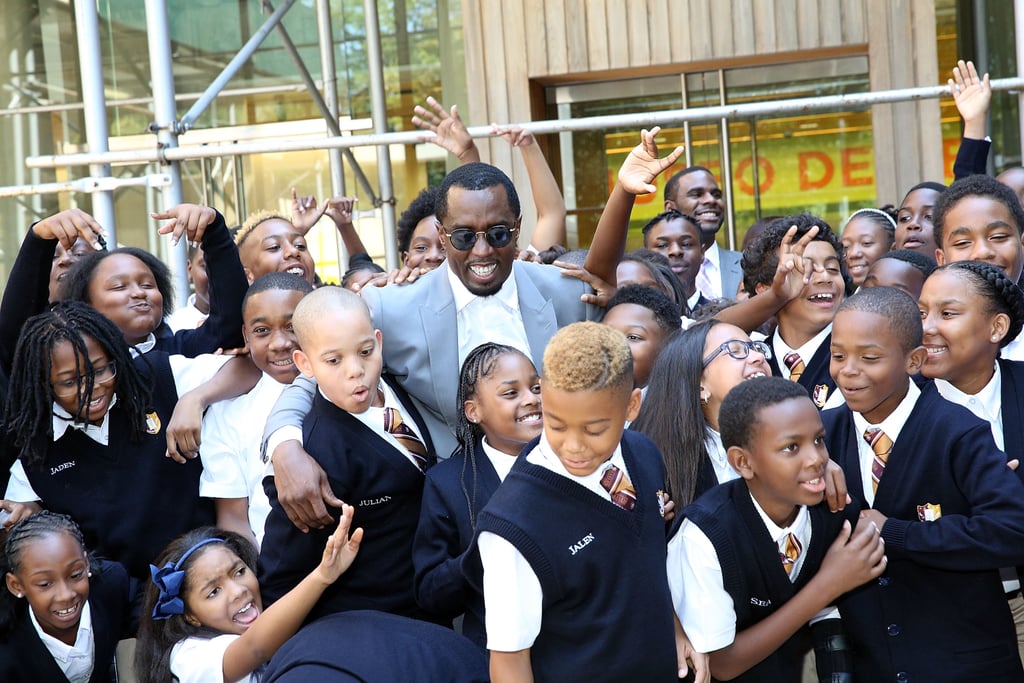 Sean "Diddy" Combs was all smiles while posing with a group of excited kids while opening his Capital Prep charter school in NYC's Harlem neighborhood on Monday. The rapper and music mogul beamed with pride as he cut the ribbon and snapped photos with school officials and new students. During the big event on Monday, Diddy spoke to a crowd, saying, "Great schools and great education make a big difference. Unfortunately, too many people don't get the opportunity to succeed, no matter how hard they try. This is leveling the playing field here at Capital Prep." So far, the school has admitted over 170 students in sixth and seventh grades and aims to enroll about 700 more in grades six through 12 by the year 2021. News broke back in March that Diddy would be opening the school in his birthplace of Harlem, and the rapper called its creation "a dream come true."

Previous Next Start Slideshow
DiddyCelebrity Philanthropy
Around The Web