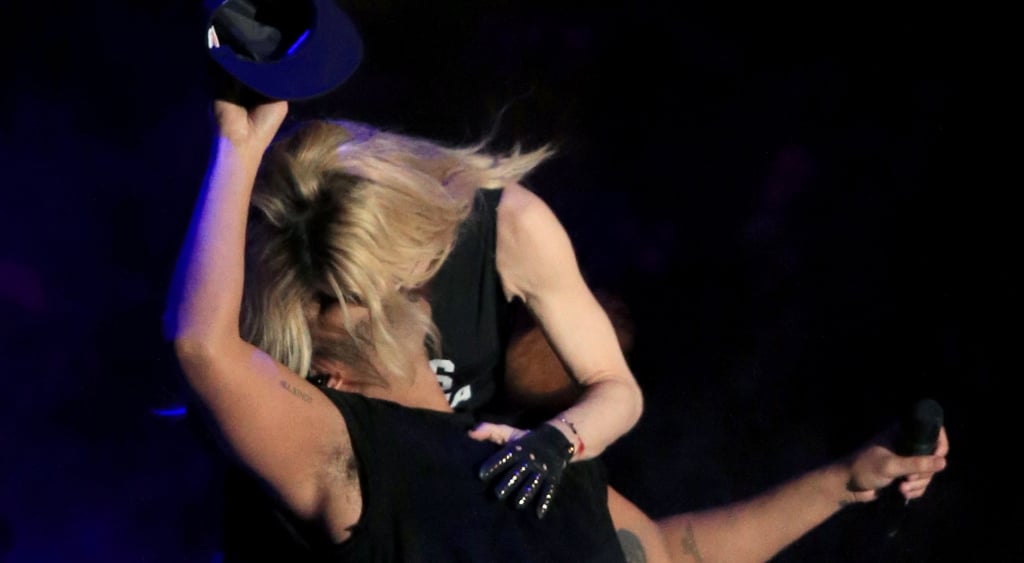 Drake may have taken his reported fallout with Madonna one step further on Sunday. During the rapper's concert in Houston, he traded the icon for his ex Rihanna in the lyrics of "Madonna," the song in which Drake famously references the "Ghosttown" singer. "You could be as big as Rihanna," he rapped. The lyric change follows Madonna's confession about kissing Drake at Coachella in April. "I kissed a girl, and I liked it," she said in a video Q&A released in early May. Weeks beforehand, Drake thanked Madonna for the smooch, even though the look on his face during the kiss sparked speculation that Madonna's move was unwanted. Check out Drake's performance in the clip below, and stay tuned for Madonna's reaction.

Music
Music Mood Board: Songs For New Beginnings
by Brea Cubit 9 hours ago

Animal Videos
Please Don't Tell My Cats, but This TikTok-Famous Monkey Is the Light of My Life
by Alessia Santoro 10 hours ago