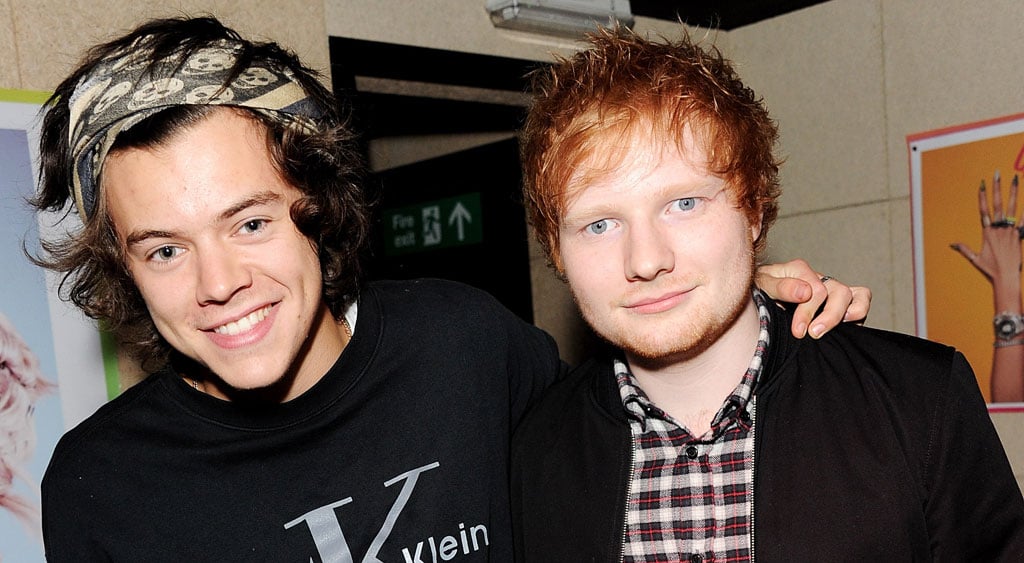 Ed Sheeran made a lot of dreams come true when he revealed in a recent interview that Harry Styles is, well, well-endowed. Ed spoke with New Zealand's ZM Online about One Direction's hit song "Little Things," which he wrote for the band. While answering questions submitted by fans, Ed read one aloud that said, "Was 'Little Things' written about One Direction's little things?" The singer couldn't help but laugh before veering off topic and bringing up a certain naked photo that surfaced in 2012, which was believed to be of Harry. Harry denied it was him at the time, but Ed sang a different tune when speaking about the racy snap, saying, "Did you know Harry leaked that picture himself? He leaked his own picture . . . I think that's amazing." Ed then circled back to the question, answering, "[Harry] definitely hasn't got a little thing, so no, I did not write 'Little Things' about little things." And this is why we love Ed Sheeran, ladies and gentlemen!

Oscars
Lady Gaga Was Pulled Over by Tiffany's Security After the Oscars . . . on Her Way to Taco Bell
by Perri Konecky 6 days ago

TV
Mauricio Ochmann Is Set For the Ride of His Lifetime in Pantaya’s New Series R
by Maria G. Valdez 6 days ago

Camila Cabello
Camila Cabello Detailed Her Battle With OCD and Anxiety: "I Was Embarrassed and Ashamed"
by Perri Konecky 6 days ago

James Corden
Staying Home With 3 Kids, James Corden Says, "It's Hard to Know Who's Being Homeschooled"
by Kelsey Garcia 3 days ago