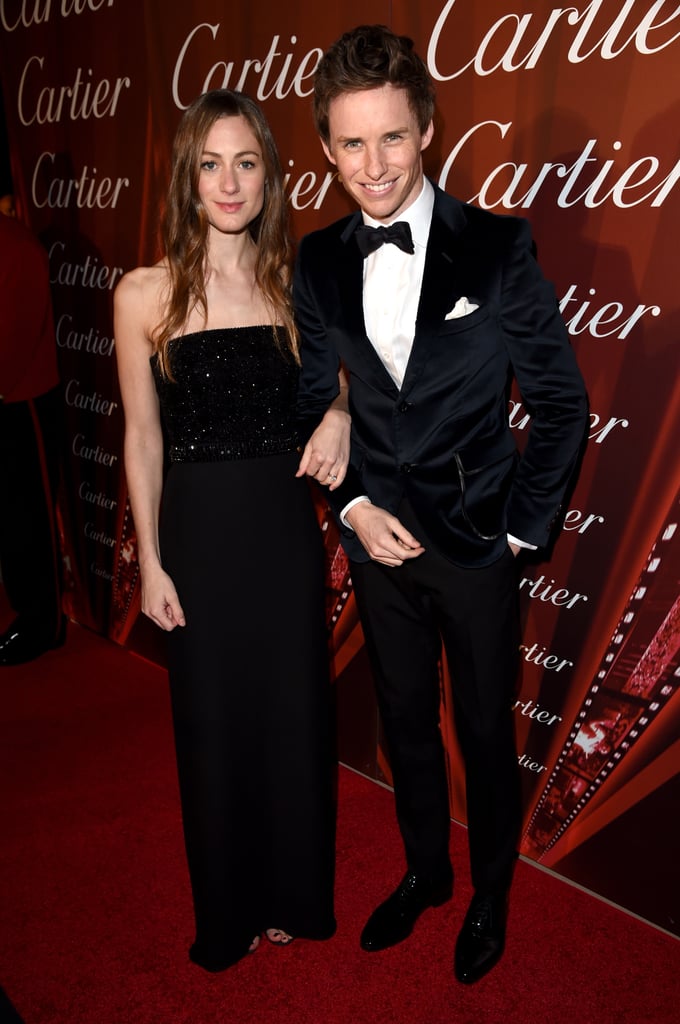 Eddie Redmayne and Hannah Bagshawe made their first red carpet appearance as husband and wife tonight at the Palm Springs International Film Festival. Eddie and Hannah married on Dec. 15 in an intimate, candlelit ceremony in England, and at this evening's award ceremony, Eddie still seemed to be getting used to the idea of matrimony. As he accepted one of the festival's top acting honors for his portrayal of physicist Stephen Hawking in The Theory of Everything, he thanked his "life partner," Hannah, who, he added, is "as of about two weeks ago, my wife. Sounds very weird to say. Good weird! My wife, Hannah."

Eddie's transformative work in bringing Hawking to the big screen has made him one of this award season's top contenders, but when we caught up with him just before the show, he assured us he still took time for a proper honeymoon following the wedding, despite his hectic schedule. "We did. We went skiing for our honeymoon. We went away on Christmas, and it was wonderful." So what has been the best part of being married so far? "Where to start? What was amazing was, we came into LAX yesterday, and I think that when you're married, you can go as, like, a couple, up to passport security. Normally? Quite intimidating. But they seemed much kinder to me when I was with my wife," he said, laughing. "But you'd have to ask her — I think she's inside."