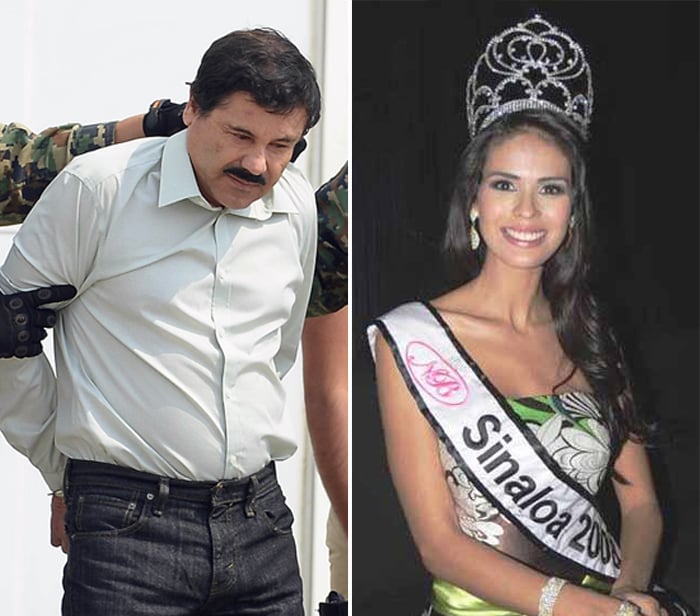 The world's most wanted drug kingpin, Joaquin "El Chapo" Guzman, was arrested last weekend in Mexico. By his side was his young wife, Emma Coronel. Tunnels and elaborate escape routes linked the 56-year-old billionaire drug trafficker's seven homes, but Mexican marines found him reportedly making breakfast for Emma at a residence in Mazatlán, a coastal resort town popular with Americans, after a weeks-long manhunt and years of searching.

El Chapo (the nickname means "Shorty") escaped from a high-security prison in 2001, and during his time in hiding, he managed to marry Emma and start a family. This beautiful woman with a family linked to the crystal meth trade conjures images of Breaking Bad meets Scarface. Here are five things to know about her.

So who should play her in the inevitable movie?