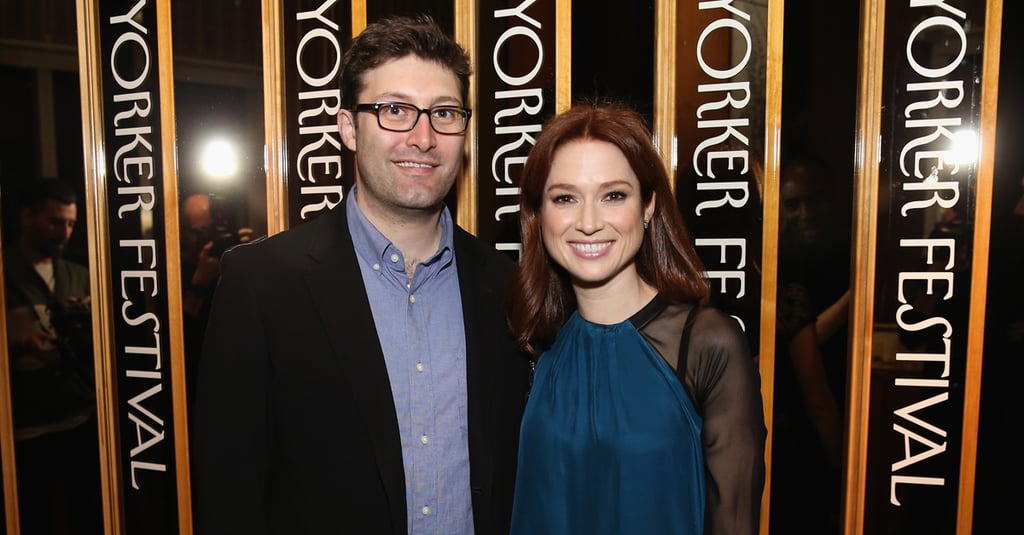 Congratulations are in order for Ellie Kemper and husband Michael Koman. The Unbreakable Kimmy Schmidt star is pregnant with her first child. The actress made the announcement during a taping of The Tonight Show on Tuesday, telling Jimmy Fallon that she managed to keep the pregnancy a secret while filming the Netflix series, only confiding in producer Tina Fey. She also revealed what sweet treat she just hasn't been able to stop eating so far. Ellie and writer Michael tied the knot in New York back in July 2012. See the adorable video below, and then check out what other stars are expecting children this year.

Kamala Harris
Everything We Know About Meena Harris's 2 Kids, Amara and Leela
by Alessia Santoro 4 hours ago