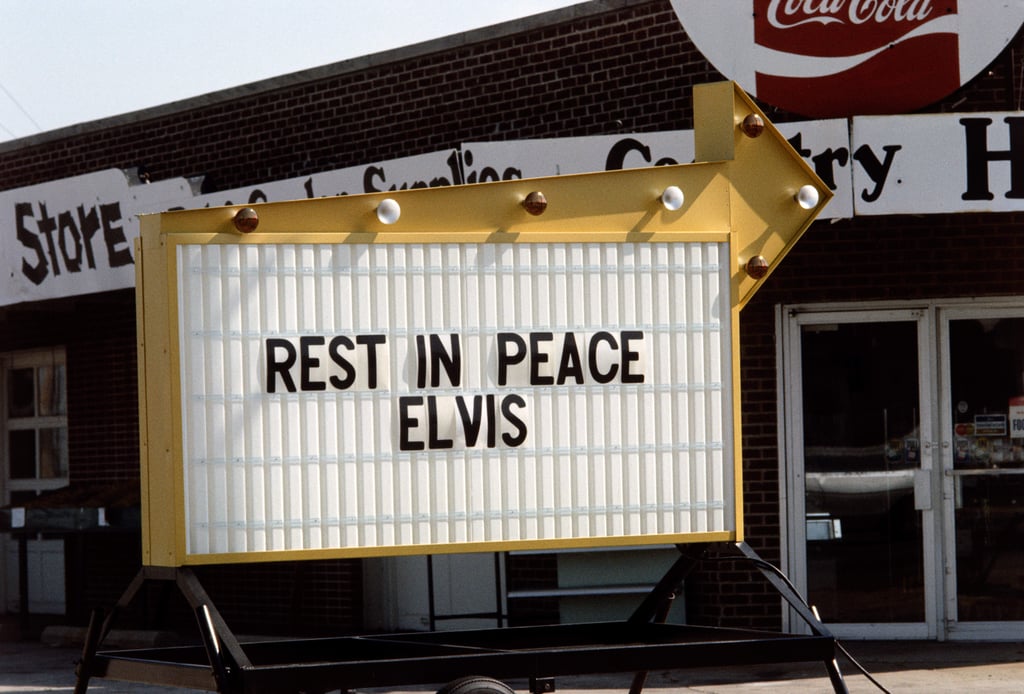 This August will mark the 41st anniversary of Elvis Presley's death, and the world is still mourning one of music's biggest losses to this day. Elvis passed away at age 42 when he suffered a heart attack on Aug. 16, 1977, and his funeral was held in his adopted hometown of Memphis just two days later. President Jimmy Carter issued a statement that said Elvis "permanently changed the face of American popular culture," and thousands of mourners flocked to the streets to pay their respects as his casket was driven through town. While an estimated 80,000 people turned up to watch the processional route to Forest Hill Cemetery, more than 30,000 fans attended a public viewing of Elvis's casket at his Graceland home, which was ordered by his father, Vernon. Elvis was buried next to his beloved mother, Gladys, but they were both later reburied at Graceland. Keep reading to see how the world mourned his heartbreaking death 40 years ago.