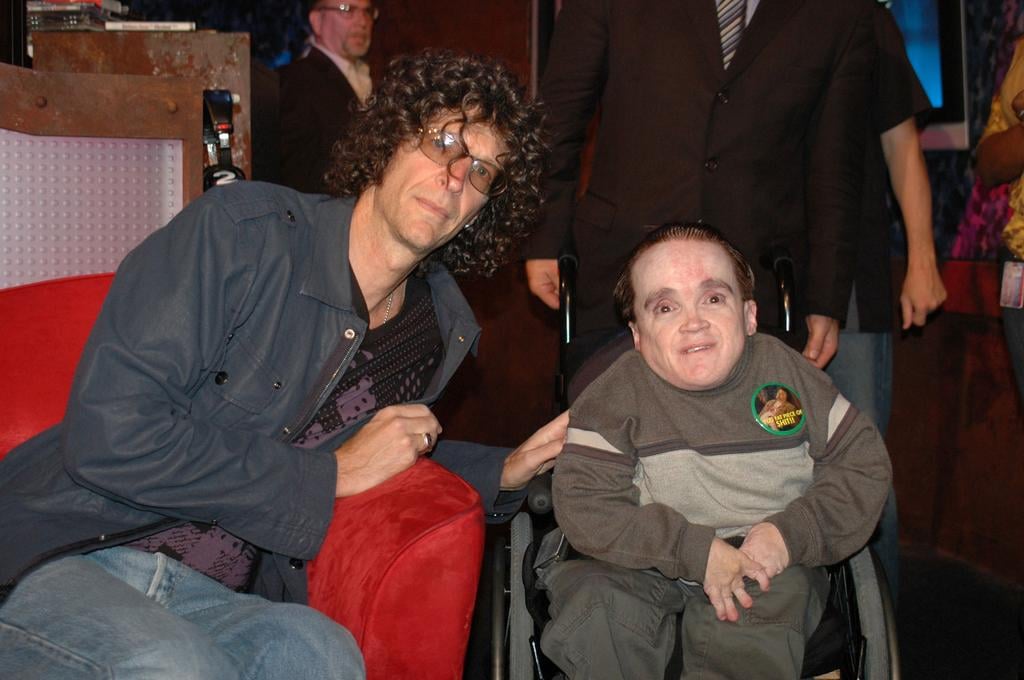 Howard Stern contributor Eric "The Actor" Lynch passed away Saturday at the age of 39. The news was confirmed by Eric's manager, Johnny Fratto, on Twitter on Sunday, and since then, stars including actor Zac Efron and comedians Jonah Hill and Jimmy Kimmel reached out over social media to share their memories of Eric.

Eric began calling in to Howard Stern's radio program in 2002 and gained popularity for his frank and funny phone calls. In addition to his on-air hilarity, Eric was also known for appearances on TV programs including In Plain Sight and Fringe. The 3-foot-tall actor and radio personality used a motorized wheelchair to get around. His final call in to the show occurred last week when he shared that his parents were taking over care-taking duties. Scroll down to see the moving ways the stars remembered Eric on Twitter.

I just found out that Eric The Actor passed away. He entertained me for years. So sad that this great man left us. RIP Eric.

Sad to hear about the passing of #EricTheActor. He was one of my favorite callers. #ByeForNow

I am praying the news about Eric the Actor is not true!!! He is my favorite @HowardStern caller. Holding out hope...

As a tribute, let's get Eric trending. #EricTheActor

RIP #EricTheActor. If there's an after-life I hope you're bigger than Johnny Depp.

#EricTheActor you will be missed. Sending my condolences to all of Eric's family and friends. #ByeForNow