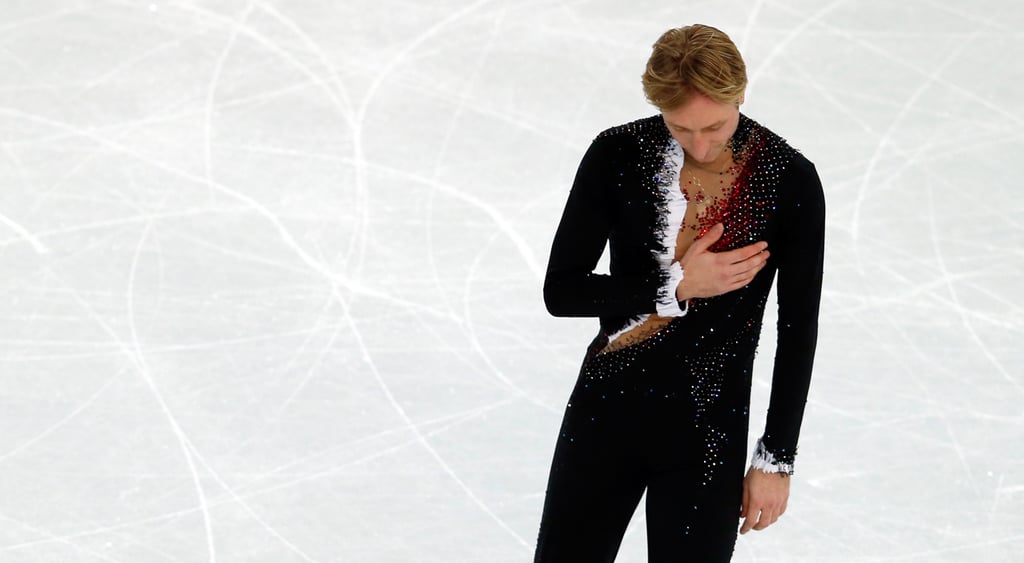 It was a dramatic end to an Olympic career for four-time medalist Evgeni Plushenko. The Russian figure skater had to withdraw from the men's competition in Sochi, after already taking home a gold medal for the team competition. The decision, motivated by a recurring back injury, came after he was on the ice. He had undergone back surgery last year, and when it came to his turn to skate, he placed his hands on his back and requested the judges' attention. As the announcer shared the news that he would not be skating his program, the crowd went silent. He made his way off with his hand over his heart. After the emotional exit, Plushenko also announced his retirement. See scenes from the moment below.