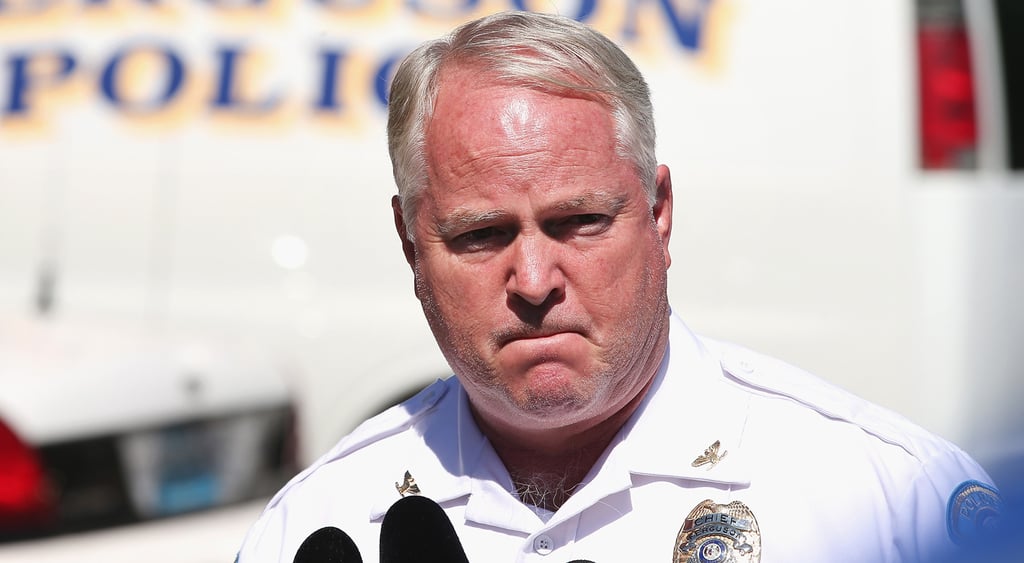 Ferguson Police Chief Thomas Jackson is reportedly resigning on Wednesday following a Department of Justice report that revealed problems within the city's police department. In an interview, he said he felt it was time for the city to move on, and in his resignation letter, he wrote, "It is with profound sadness that I am announcing I am stepping down from my position." At the end of the letter, he added, "I will continue to assist the city in any way I can in my capacity as a private citizen."

The news comes about seven months after unarmed teen Michael Brown was shot and killed by local police in Ferguson, MO, this past August. Just over a month after the shooting, Jackson apologized to the family, the city, and the protestors, saying, "The right of the people to peacefully assemble is what the police are here to protect. If anyone who is peacefully exercising that right is upset and angry, I feel responsible, and I am sorry."