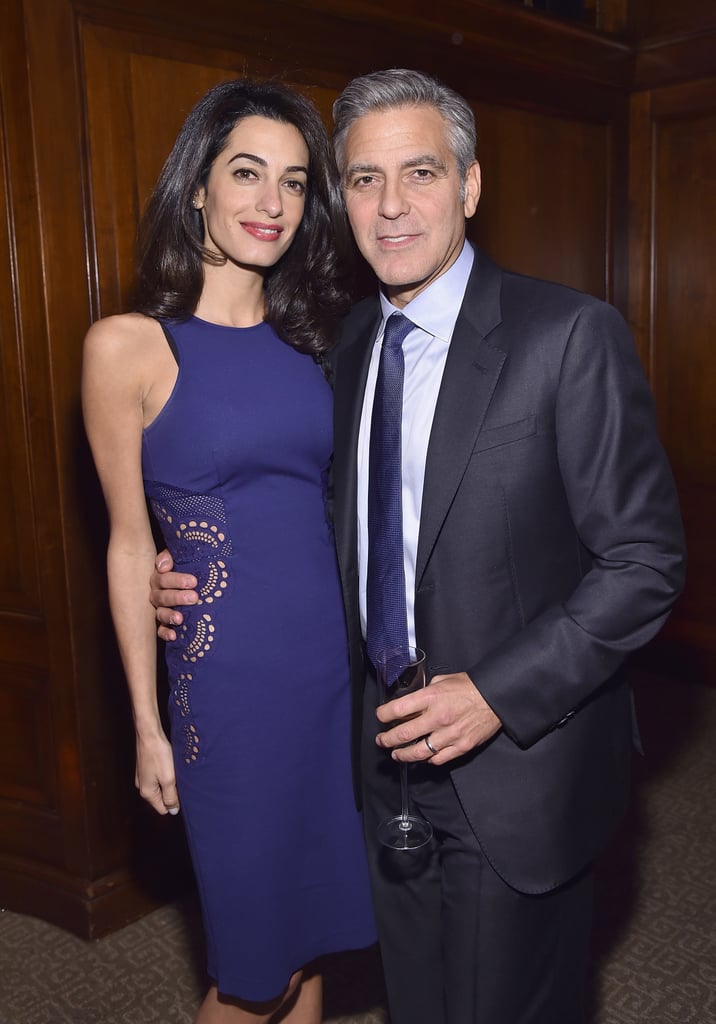 George and Amal Clooney stepped out in NYC on Tuesday night to attend an event for The 100 LIVES Initiative, which recognizes the people and institutions who put themselves at risk to save lives during the Armenian genocide 100 years ago. At the event, a humanitarian prize was announced as part of an effort to push for the documentation of the genocide and the survivors' stories. George said in a statement that the Armenian sponsors and his organization, Not On Our Watch, share a common goal: "to focus global attention on the impact of genocide as well as putting resources toward ending mass atrocities around the world."

The couple's outing comes after a sweet date night this past weekend, and it's been a particularly busy week for Amal, who recently announced that she's going to teach at NYC's Columbia Law School this Spring. Keep reading for more pictures from this week's event.

Celebrity Instagrams
In Case You Forgot, Brenda Song and Macaulay Culkin Have Been Together Since 2017
by Monica Sisavat 8 hours ago

Celebrity Instagrams
Tan and Rob France Are Expecting Their First Child: "Our Hearts Are So Full Right Now"
by Monica Sisavat 8 hours ago