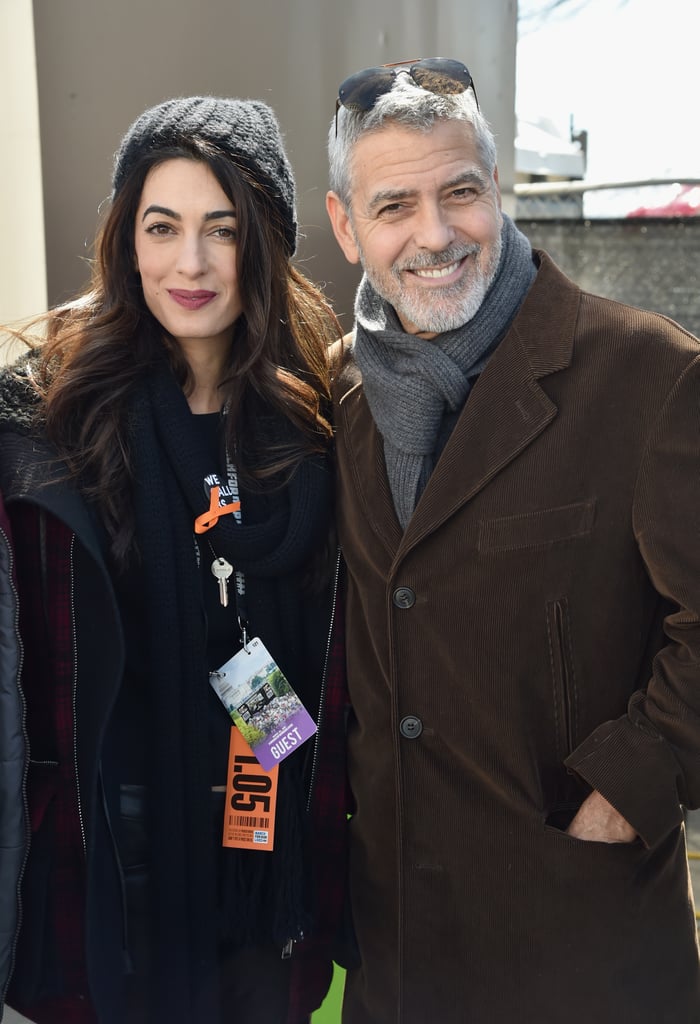 George and Amal Clooney were among the thousands of people who gathered for the March For Our Lives rally in Washington DC on March 24. The couple showed their support for the movement in late February when they donated $500,000 to the cause. At the time, George told E! News about their plans to attend the event in a statement. "Our family will be there on March 24 to stand side by side with this incredible generation of young people from all over the country, and in the name of our children Ella and Alexander, we're donating $500,000 to help pay for this groundbreaking event," he said. "Our children's lives depend on it."

The actor echoed his support in a letter he wrote to the Parkland students, which appeared in The Guardian on Friday. "Amal and I are 100% behind you and will be marching in DC on the 24th, but we both feel very strongly that this is your march. Your moment," he wrote. "Young people are taking it to the adults and that has been your most effective tool. The fact that no adults will speak on the stage in DC is a powerful message to the world that if we can't do something about gun violence then you will."

Keep reading to see pictures of George and Amal Clooney at the demonstration, then check out the most powerful signs at March For Our Lives rallies across the country.