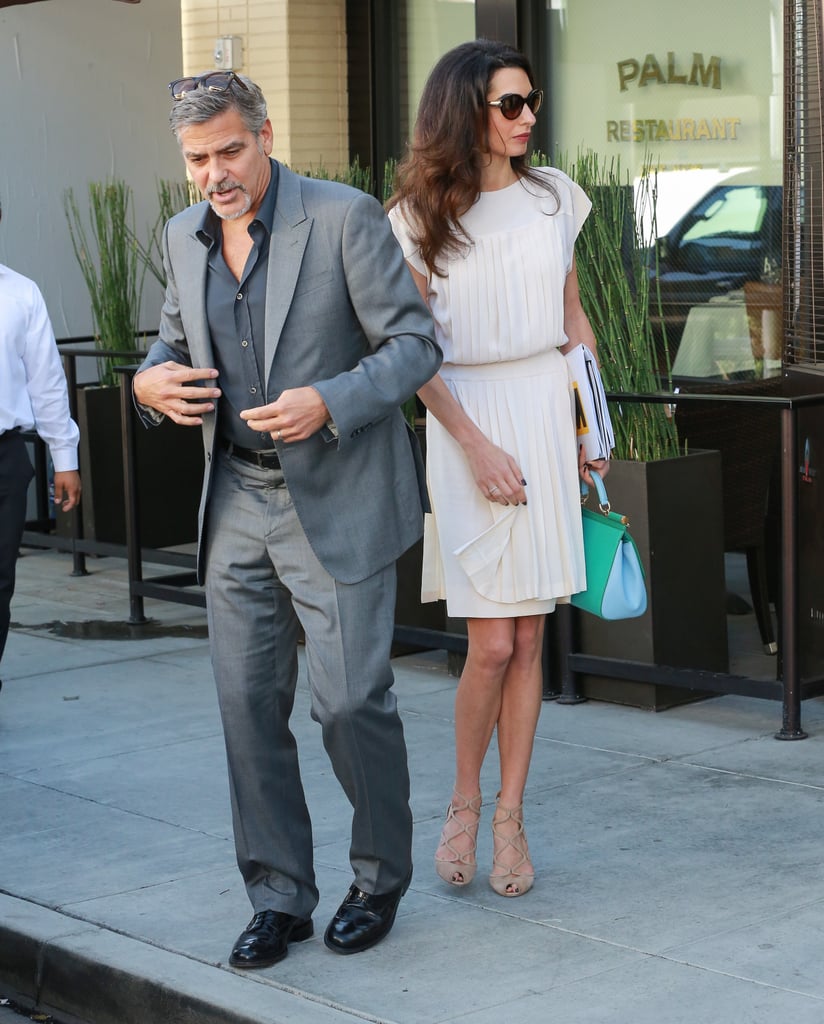 George and Amal Clooney Light Up LA With Their Love

George and Amal Clooney stepped out in LA on Thursday looking like their own rays of sunshine. George looked dapper in a gray suit, while Amal stunned in a white dress and heels. No word on where the couple was headed during their fancy outing, but they managed to share just enough PDA to prove that they are definitely still in the honeymoon phase.

The outing comes on the heels of a busy few weeks for the couple. After having a dinner date with friends in late September, Amal supported George at the anniversary screening of his film O Brother, Where Art Thou? in New York City. George then jetted off to London in early October to party with friends Rande Gerber and Cindy Crawford. Keep reading to see more of George and Amal's day out, and then check out their cutest moments of the year — so far!