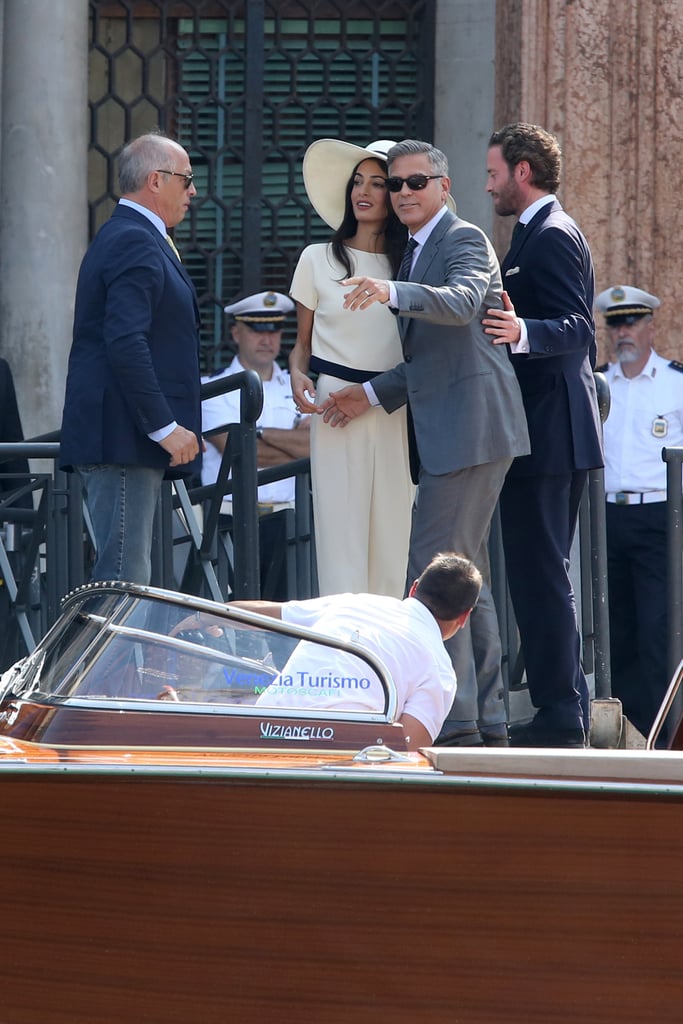 Amal Alamuddin and George Clooney headed to say "I do" for the second time during their civil ceremony in Venice, Italy on Monday. The pair was all smiles before they entered city hall. The ceremony followed their first public appearance as a married couple when they left their hotel on Sunday morning. George and Amal were married on Saturday during a glamorous ceremony at the Hotel Aman. The groom was spotted arriving at his wedding location alongside his celebrity guests, which included best man Rande Gerber and his wife, Cindy Crawford; Matt Damon; Emily Blunt; John Krasinski; and Bill Murray, who played to the crowds who had gathered alongside the canals to watch the guests' arrivals. Although fans didn't get a glimpse of Amal's wedding gown on Saturday, she looked perfectly elegant in her embroidered lace frock on Sunday.