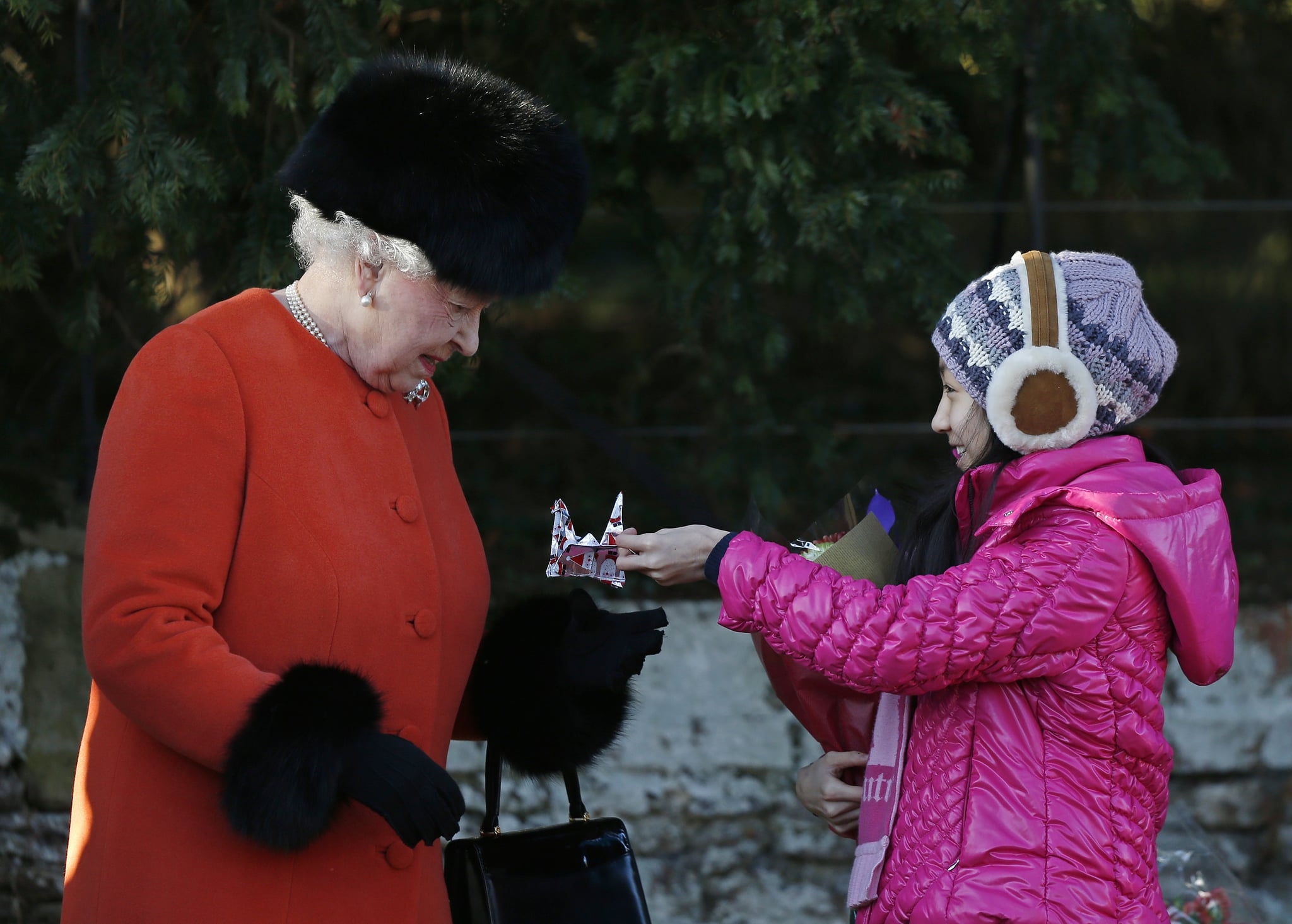 What do you get for the family that has everything? Well, according to the list of gifts acquired by the royal family in 2013, people got Queen Elizabeth II and co. some really weird things. Buckingham Palace and Clarence House have released the official gift lists of the royals, and they range from a simple bottle of water to some very oddly titled books. The press releases detail every item that the royals have acquired from their official visits — or, for Prince Charles and his family, what they received on official state visits abroad. Unfortunately, the lists don't include any gifts that the Duke and Duchess of Cambridge received, as they did not travel overseas on official business last year. However, that doesn't mean the gifts that the other royals got were any less strange. See our list of the oddest royal gifts, from the questionable to the downright silly.

Meghan Markle
Fans Are in Love With Meghan Markle's Sustainable Sapphire Ring, and We Can See Why
by Nikita Charuza 12 hours ago