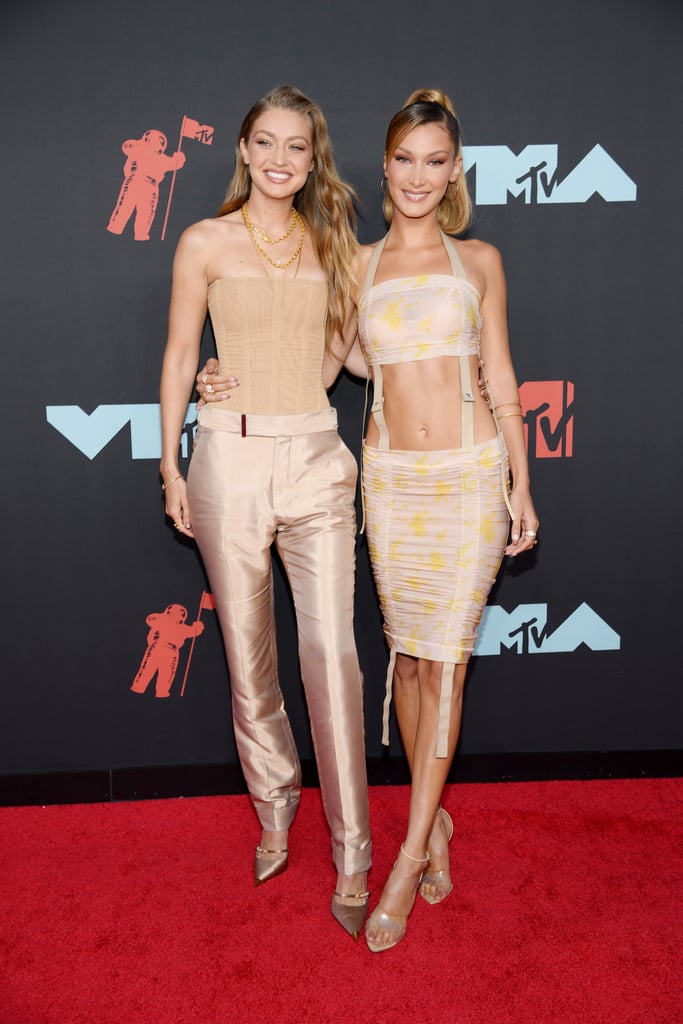 Gigi and Bella Hadid had us doing double takes when they arrived at the MTV VMAs. The gorgeous sisters took on the red carpet together in coordinating outfits; Bella opted for a sexy two-piece with suspenders that showed off her toned abs, while Gigi wore a strapless top and shiny pants in a similar pale-pink color palette. This is an official memo to step up your game the next time your little sister and you decide to match for a special occasion.

Gigi will reportedly attend the VMAs afterparty with The Bachelorette's Tyler Cameron, whom she's been spotted with a few times recently. Bella and her former boyfriend, The Weeknd, reportedly broke up again earlier this month. Ahead, see all the head-turning photos from Gigi and Bella's night out in New Jersey.