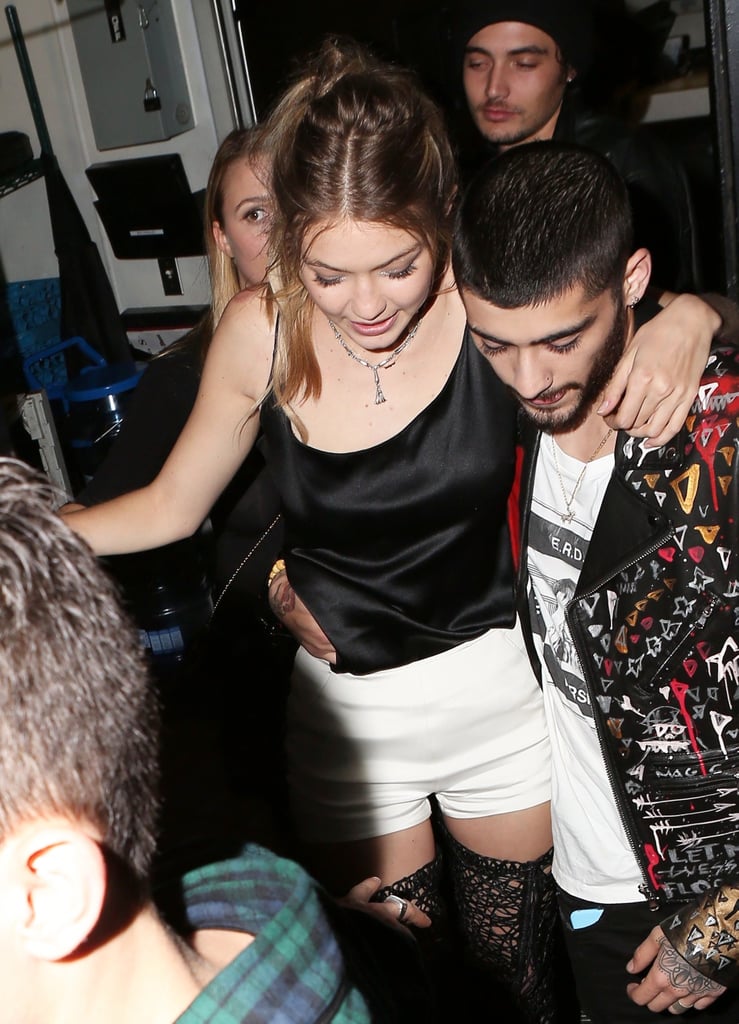 Gigi Hadid celebrated her 21st birthday with a star-studded party at The Nice Guy in LA on Thursday night, and after living it up with pals Taylor Swift, Kendall Jenner, Lily Aldridge, and Hailey Baldwin, the model was spotted being helped out of the club by her boyfriend, Zayn Malik. If you know anything about turning 21, Gigi's good time should look pretty expected; before her Hollywood bash, she rang in the big day with a low-key family lunch last Saturday and shared photos of herself hanging out with her parents and siblings. Keep reading to see Gigi leaving her party, then take another look at her supersteamy Vogue shoot with Zayn.