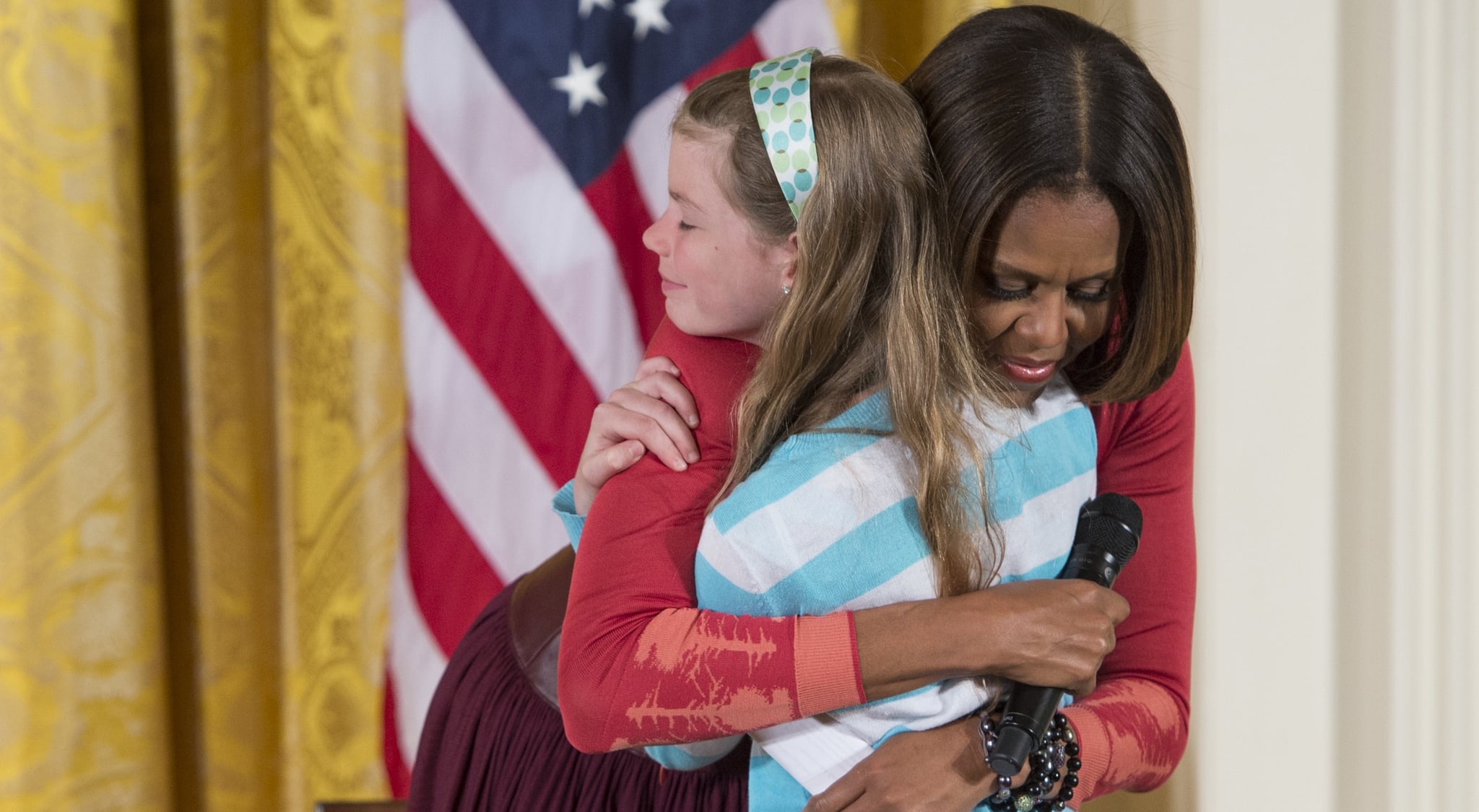 During the annual "Take Our Daughters and Sons to Work Day" event at the White House on Thursday, First Lady Michelle Obama shared a surprising moment with one young girl. When the first lady called on 10-year-old Charlotte Bell in a question-and-answer session, the child stood and approached the stage, saying, "My dad's been out of a job for three years and I wanted to give you his résumé." Obama invited her on stage and hugged her, and the pair spoke for a moment before the first lady explained to the audience what had happened.

Charlotte's mom, an employee of the executive branch, said the family joked about making a job pitch earlier in the weekend, but they didn't know Charlotte actually planned to do it. Her father, Ben Bell, worked on the Obama campaign in 2012, and he's been looking for a policy job for more than two years. Watch Obama's full question-and-answer session below, and go to 17:20 to see her interaction with Charlotte.

Michelle ObamaPoliticsViral VideosNews
Around The Web

Animal Videos
This Woman Captures All the Activities Her Cats Do With Their Dad, and Talk About FOMO
by Murphy Moroney 3 days ago