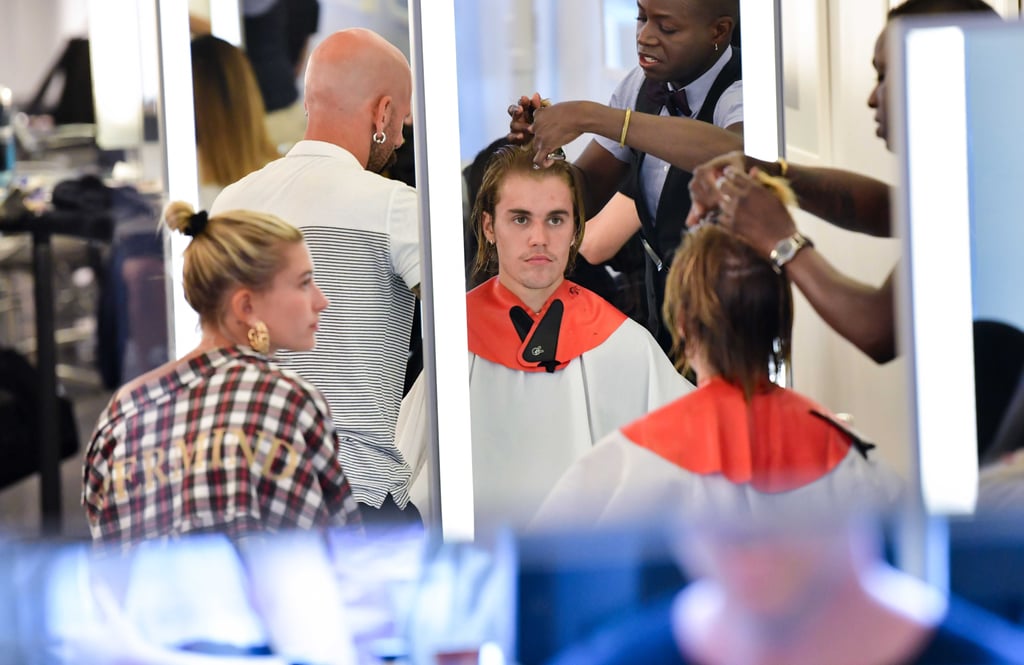 Hailey Baldwin and Justin Bieber's relationship may have been a whirlwind so far, with an engagement in the Bahamas, and many, many, many PDA-filled outings in NYC recently. But when it comes down to it, they're really just like anyone else. doing regular couple things. That includes getting a haircut.

Hailey joined fiancé Justin on a trip to the salon to get his hair in tip top shape, and there were plenty of photos to document the occasion. The couple sat together while Justin was getting a trim and Hailey greeted a young fan that came by with a big smile and a wave. She also did what any girlfriend would, and gave Justin's locks a good ruffle before heading out of the salon sipping on an iced coffee. Maybe Justin's appointment was a practice wedding hairstyle? Only time will tell, but in the meantime, we've gotten plenty of wedding hints from the couple so far.