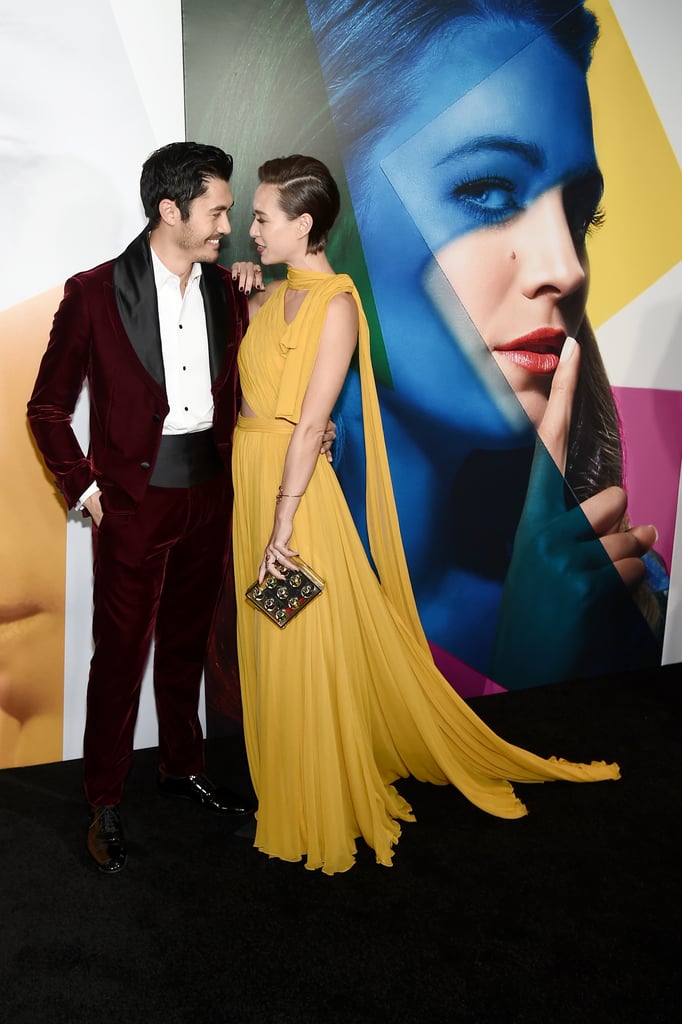 Step aside, Blake Lively and Ryan Reynolds, there's a new celebrity couple making us swoon on the red carpet. On Monday, Henry Golding and his wife, Liv Lo, stepped out for the premiere for A Simple Favor in NYC and stole the spotlight (and our hearts) in the process. The actor and yoga instructor looked over the moon as they smiled for cameras inside the Museum of Modern Art. At one point, they seemed to get lost in their own world as they stared deep into each other's eyes.

This isn't the first time the two lovebirds have given us a glimpse of their undeniable bond. Henry and Liv looked like a modern-day Prince Charming and Cinderella as they attended the premiere of Crazy Rich Asians in their hometown of Singapore last month. What can we say? They really are fairy-tale perfect. See more of their adorable outing ahead.