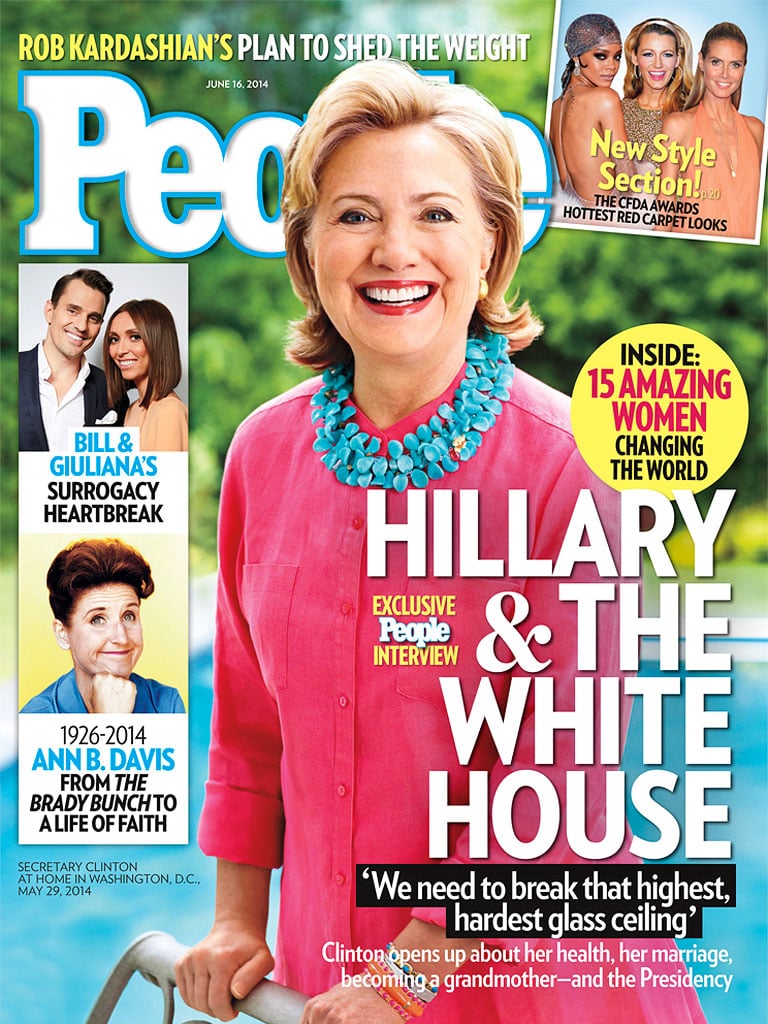 Even Hillary Clinton couldn't stop watching House of Cards! In a new interview, Hillary told People about life as a private citizen while still living in the public eye and opened up about her new book, Hard Choices, her soon-to-be role as grandma, and her time as first lady. She also addressed Monica Lewinsky's recent Vanity Fair essay, which came out in early May, saying that she didn't read it and she's "moved on." For her thoughts on the 2016 race and more, take a look at some of Hillary's must-read quotes below.

People
John Legend Thanks Michael B. Jordan For Taking Over as This Year's Sexiest Man Alive
by Yerin Kim 11/18/20