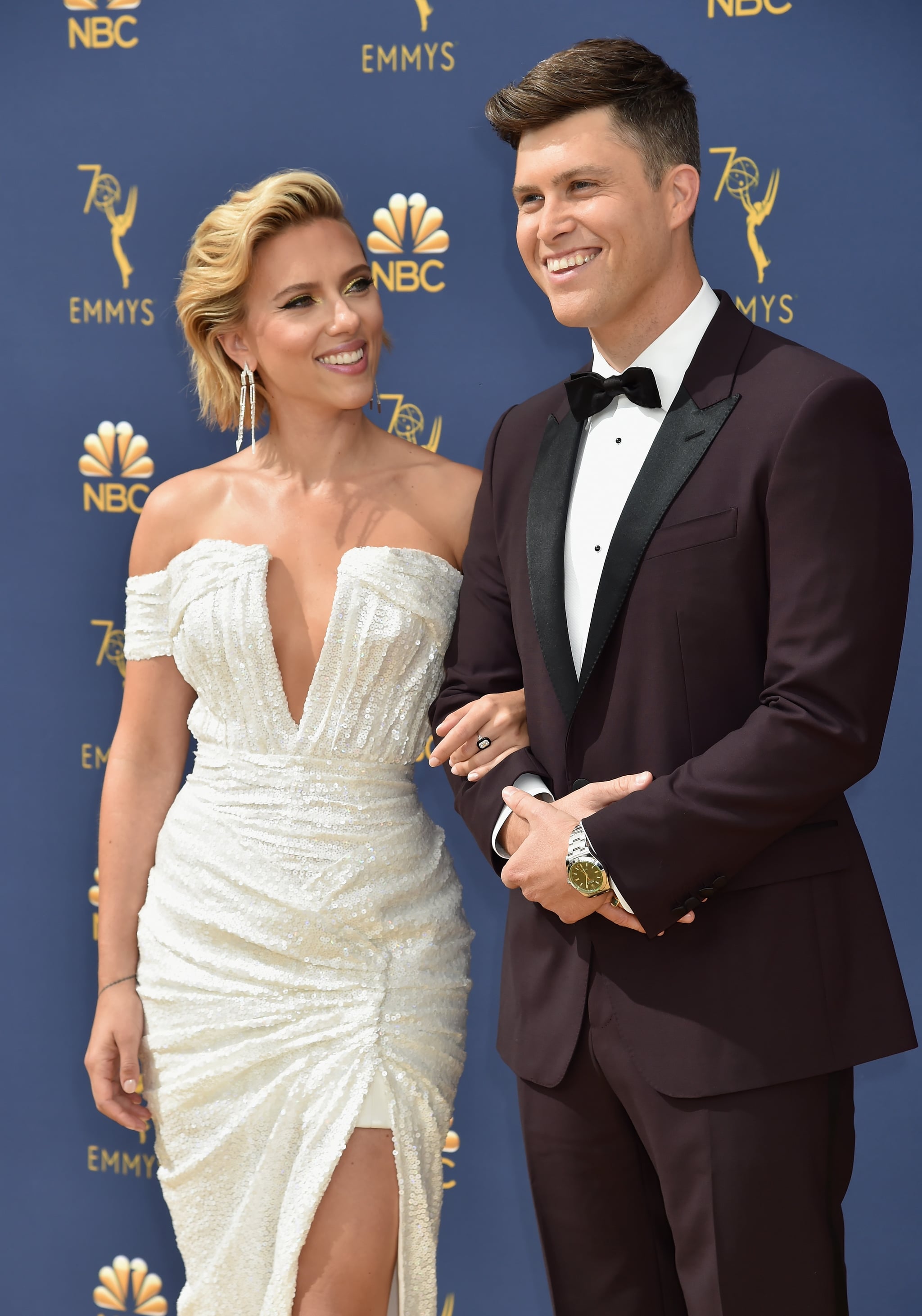 Back in May of this year, Scarlett Johansson and Colin Jost made their red carpet debut as a couple at the LA premiere of Scarlett's movie Avengers: Infinity War. The rare joint appearance occurred after the Hollywood darlings had been dating for a full year. But did you know that the happy couple have actually known each other for more than a decade? Colin told Entertainment Tonight that the pair first met back in 2006 at a taping of SNL. "The first time she hosted was the first year I was a writer on the show, so we've kind of known each other since then . . . she's the best," he said.

At the time, Scarlett was dating her Black Dahlia costar Josh Harnett and would soon enter into a relationship with Ryan Reynolds that would result in a three-year marriage. After her divorce was finalized, Scarlett then started a new relationship with advertising executive Romain Dauriac, whom she married and had her daughter Rose with. The couple separated in mid-2016 and on March 7, 2017, a week before she hosted SNL for the fifth time, Scarlett officially filed for divorce.

After Scarlett reprised her role as Ivanka Trump on a cameo appearance on SNL in May 2017, she and Colin were seen kissing at the show's afterparty. A source told Entertainment Tonight that it "wasn't the first time" the pair had hooked up. "It's been going on for a bit," the source said. "They're not in a relationship, but they have fun together. They like each other, but it's not exclusive — at least not at this point."

A few months later Colin was asked about his relationship with the actress, and he said, "She's wonderful. She's working, so otherwise, she'd be here. She's pretty cool . . . It's hard to have a lot of complaints, she's pretty awesome." In November 2017, they both attended the American Museum of Natural History Gala in New York City. While they walked the red carpet separately, they happily posed for pictures together inside the event. Most recently, the couple showed they are still going strong as they looked totally loved up at the 2018 Emmy Awards, where Colin was cohosting with SNL costar Michael Che. The adorable pair looked so happy and in love, we can't help but root for them.