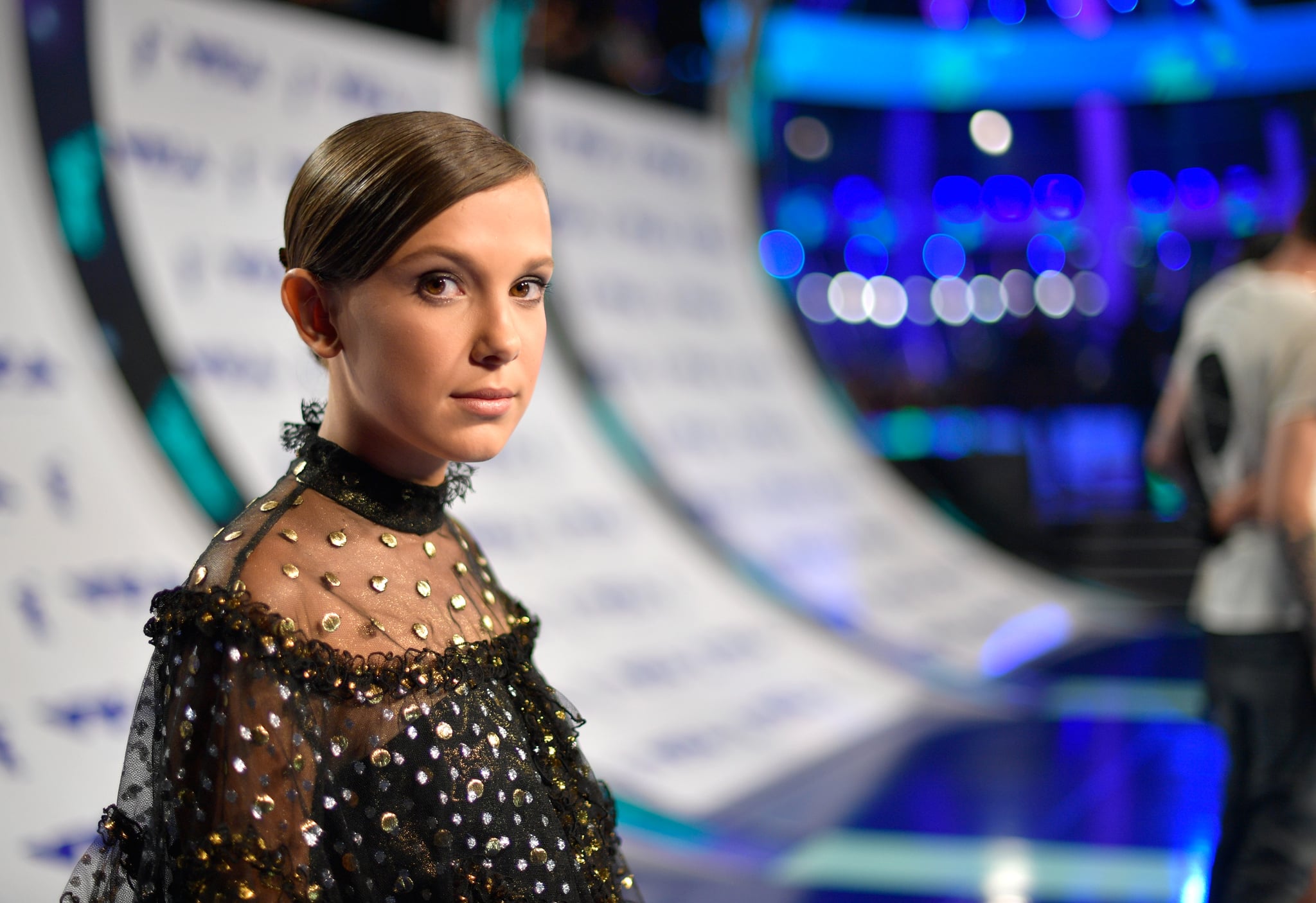 Millie Bobby Brown is best known for her role as Eleven in Netflix's Stranger Things. Despite only being 13 years old (she was born on Feb. 19, 2004), Millie has already accomplished so much at such a young age. Not only has she appeared in a handful of TV shows, including Modern Family and Grey's Anatomy, but she also has two big awards under her belt. Earlier this year, Millie was named the best actor in a TV show at the MTV Movie and TV Awards, and at the SAG Awards, the cast of Stranger Things took home the trophy for outstanding performance by an ensemble in a drama series.

Related:
25 Stranger Things Halloween Costumes, Since You'll Be Seeing Them Everywhere This Year

As if that weren't exciting enough, Millie is nominated for outstanding supporting actress in a drama series at this year's Emmys, and if she wins, she could make history by being the youngest person to ever win an Emmy. According to The Hollywood Reporter, the youngest prime-time Emmy winner is currently Roxana Zal, who won the 1984 award for outstanding supporting actress in a limited series or a special for her role in Something About Amelia when she was 14, but the academy has never given an actor under 18 a trophy for a series. Wishing Millie the best of luck this Sunday!

by Victoria Messina 12 minutes ago