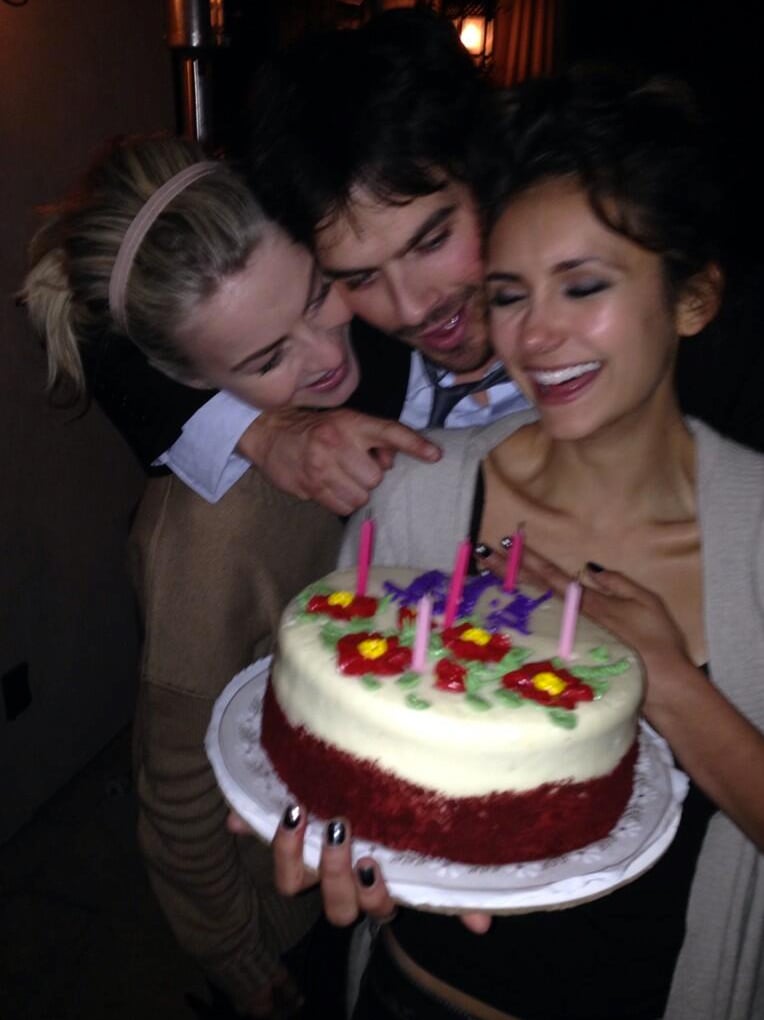 Nina Dobrev celebrated her 25th birthday with Ian Somerhalder early Thursday morning. Hours after Ian planted a kiss on Nina at the People's Choice Awards on Wednesday, the Vampire Diaries stars gathered around a birthday cake with pal Julianne Hough. Kevin Williamson, who created the hit show, posted a candid snap of the trio shortly after midnight, showing the former flames standing cheek to cheek.

Ian and Nina dated for three years, eventually calling it quits mid-2013. At the time, the costars said they would "remain best friends." Still, speculation about a romantic reunion only gained steam after fans saw the two sitting next to each other in the PCAs audience. Tell us: would you be excited to see them get back together?

Jay Ellis
Jay Ellis and Nina Senicar Make Such a Stunning Couple, We Can't Look Away
by Monica Sisavat 15 hours ago