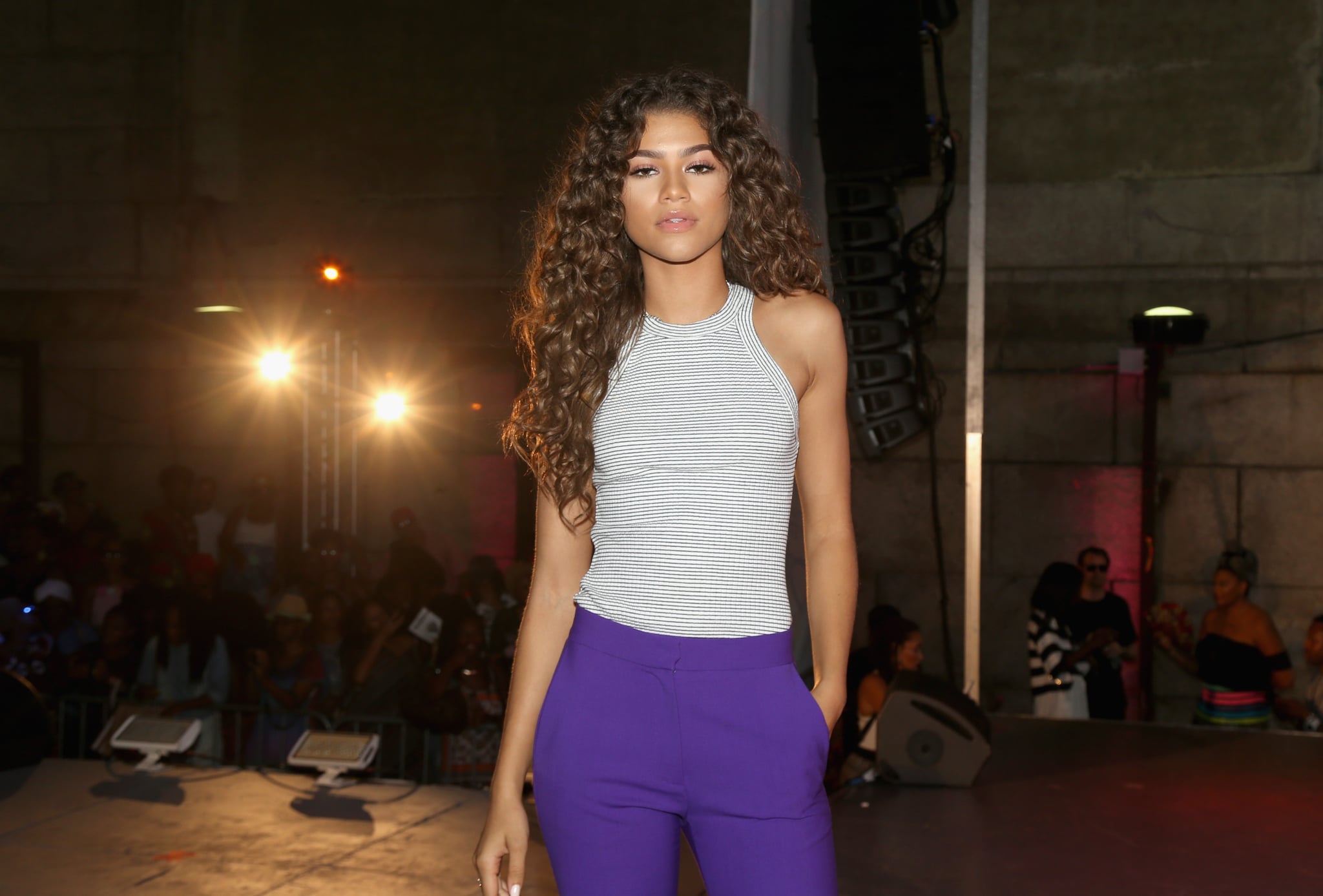 On Wednesday night at the iconic Capitol Records Tower in the heart of Hollywood, a small group of preteens and press were invited into the recording studio with Zendaya. Recently, the actress/model/musician/fashion designer partnered with Verizon on the #WeNeedMore campaign, which aims to bring awareness of STEM careers (STEM stands for science, technology, engineering, and math) to young students in America. The movement seeks to give students access to technology and hands-on learning that they might not otherwise have, and the purpose of the event was simple: to give these young creatives insight into a lesser-known piece of the industry.

After a brief introduction, Zendaya brought all the kids with her into the recording studio. The group belted out a quick pop song cover before squeezing back into audio workspace. Inside, Zendaya's audio engineer, Josh Florez, showed the group how he produces a single track. After the recording session, we sat with Zendaya to talk about the campaign but couldn't help but dig into a few other major facets of her career. We wanted to hear about her trials and tribulations with internet trolls. We wanted to hear about her clear attempts to lift up her fellow fierce-ass females. We wanted to hear how she does everything she does without burning out! It turns out, everything she had to say tied into one major thing: striving to create more positivity in today's tough landscape. Here's how she's doing it, one baby step at a time.

1. She's inspiring young kids to pursue all kinds of careers.

We know why the #WeNeedMore campaign is great for today's youth and for STEM career fields across the country, but why was Zendaya so inspired by the movement? "When Verizon reached out to me to talk about this whole project, I was immediately intrigued because both my parents are teachers," Zendaya explained. "My mom taught in underprivileged schools that obviously didn't have the funding and the resources to really bring in the technology and things of that nature into the school. And so, my mom, she didn't have a program like this; she had to bring it in herself. And I remember her trying to get grants and donations to get computers and anything she could."

Zendaya also explained how important it is to highlight these kinds of careers. "A lot of the time, we glorify the arts and entertainment and Hollywood. But there's more than just somebody who sings or somebody who acts. There are a billion people that make that possible and make that happen. You can still be a part of Hollywood, you know what I mean? There are so many other jobs out there that I don't even think kids really know exist. . . . So I think it's really cool." 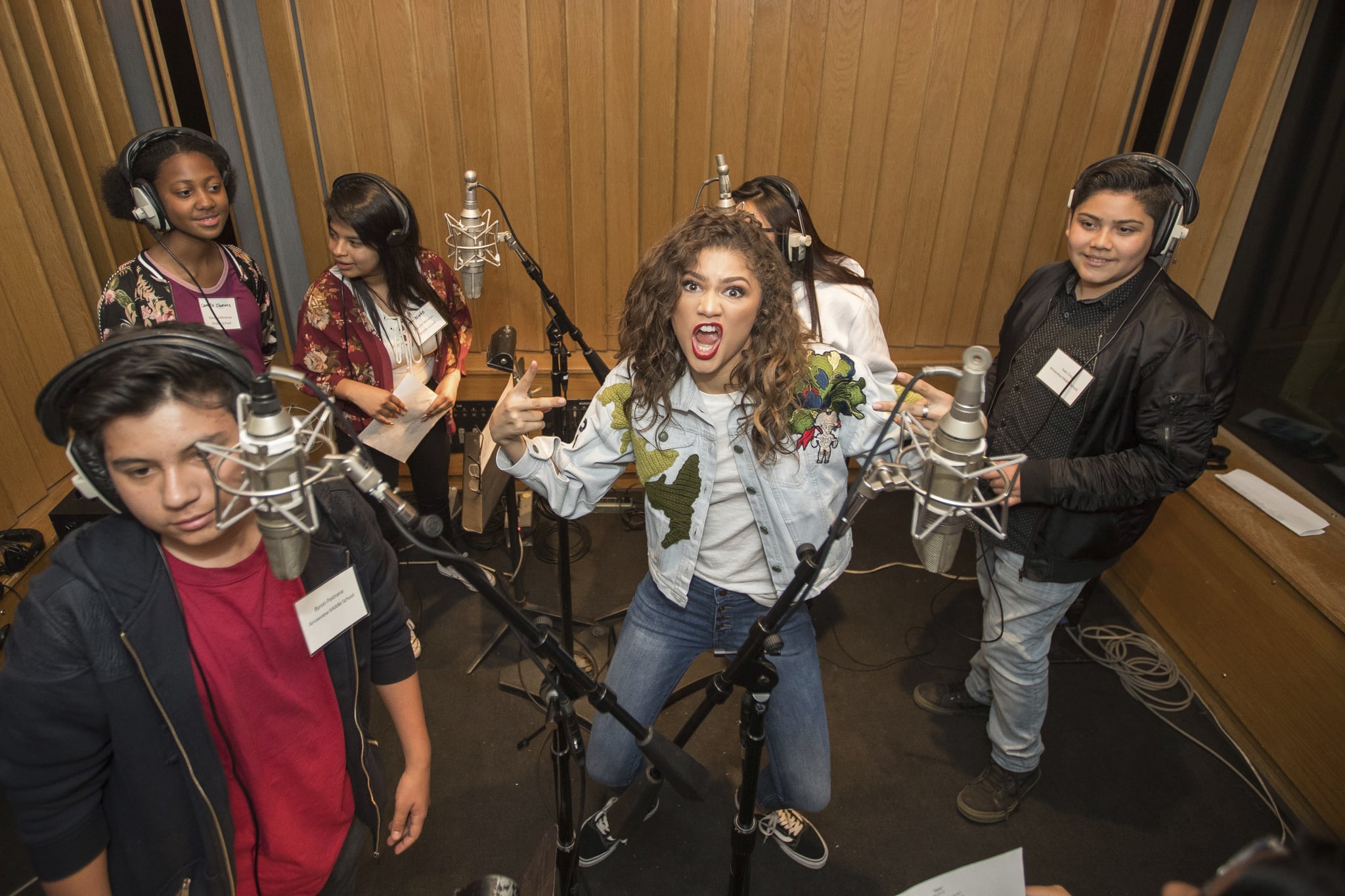 2. She's not afraid to clap back at internet haters.

In the past couple years, Zendaya has earned a reputation for her slightly savage internet comebacks. She's never rude, per se, but she has a pretty excellent way of rebuffing mean-spirited insults. It turns out, she started doing it against her parents' advice: "I've always been taught to speak my mind and say what's on my heart. But, when I was younger, I think my parents wanted to protect me from the craziness. And they were like, 'Listen, don't respond to things; let 'em go, block 'em, move on.'"

"But then," she continued, "there have just been a few times when I just thought it was important to say something, to speak up. And I'm a very empowered person; my parents have always taught me to use my voice. So sometimes it needs to be used. And that doesn't mean it's to bash anybody or hurt anybody's feelings. But it's either a teachable moment, or it's something that you can, from a joke, turn into something that's actually really positive or important."

Related:
14 Quotes From Zendaya That Will Leave You Feeling Inspired as Hell

3. She's using the bullies of the internet to generate more love.

When it comes to trolls, it's not just about fighting words with words, but responding with action. In January, Zendaya offered a modeling job to a woman after she'd been body-shamed online. "It's happened multiple times; I've scrolled through things and seen people being attacked or being bullied. I just feel like me saying one tweet, just one thing, like, 'Hey girl, you're great.' . . . If I can, as a celebrity, put out one tweet and make somebody's entire day and make them forget about all these negative retweets about something they can't control, then I would have just done a good deed. So sometimes things just really bug me." 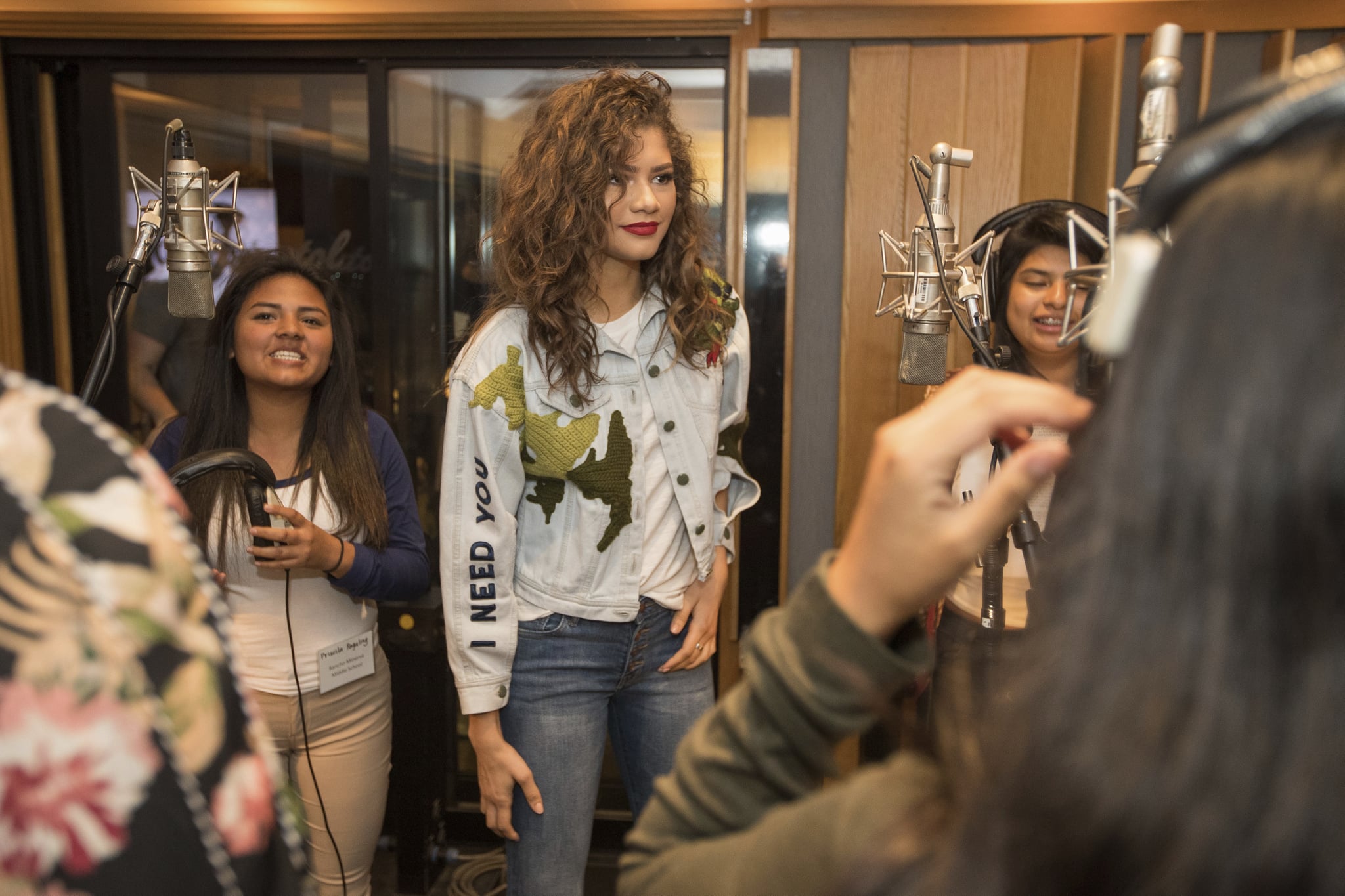 Since we spoke to Zendaya on International Women's Day, we saw the perfect opportunity to talk about her clear path toward female empowerment. What does that mean to her? What's her identity as a feminist? "I think there needs to be less girl-on-girl bullying and more girl-on-girl support," she shared. "Personally, I get excited when I can comment on another girl's picture and be like, 'Oh my god, you look amazing!' Like, even if I don't even know them or I have never met them before. . . . Sometimes, even when I'm outside! If I'm going around and going about my day. If I see someone, especially another woman, and I see that she has really beautiful hair or whatever, and I think that thought. Or I love her shoes. Or she smells really good. I'll feel the need to actually, like, you know what? Let me actually tell her."

5. She's creating more positivity in herself and her surroundings.

With her clothing line (Daya by Zendaya), her music, her movie and TV projects, and more, it's clear Zendaya is a very busy woman. We asked how she stays sane and grounded, and it turns out, the answer was pretty simple. "The thing is, I surround myself with really positive people that, even when I'm working, they make me laugh. Like even getting ready today, there's lots of laughter, and lots of fun. I keep a very small circle, but I keep a very positive circle. And, so, when you do that, it doesn't feel like work, or it distracts you from work. It just makes it more comfortable, you know? . . . Just trying to keep my circle tight."