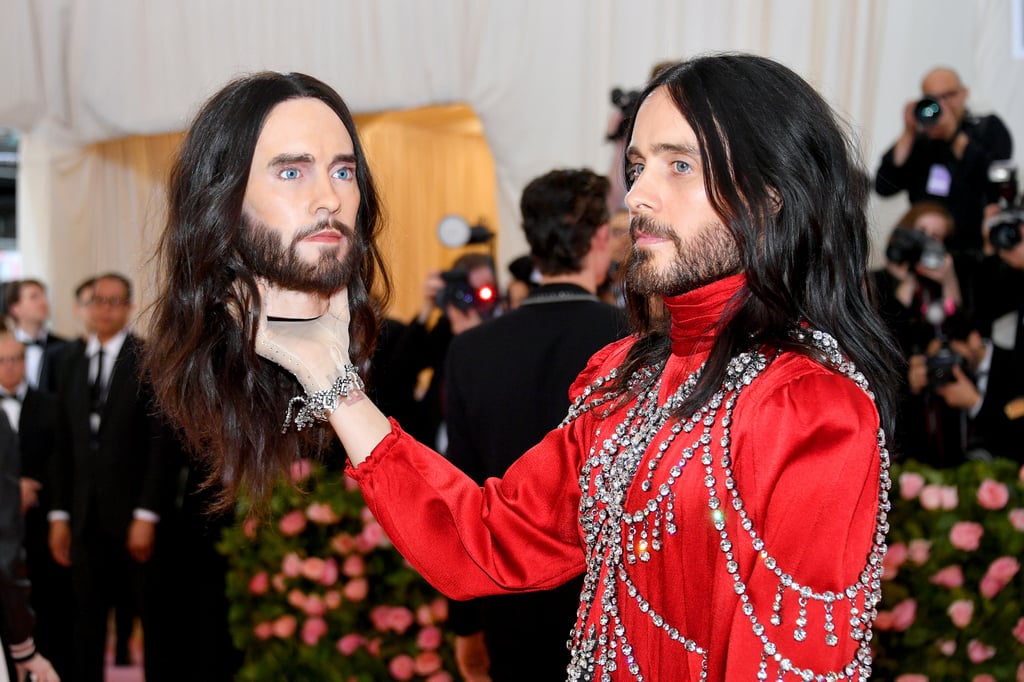 Jared Leto Accessorized His Met Gala Outfit With a Very Interesting Prop: His Own Head

I'm actually impressed by how committed Jared Leto is to this year's Met Gala theme. The actor and Thirty Seconds to Mars musician, uh, turned some heads on the red carpet in a red, floor-length Gucci robe embellished with dozens of rhinestones, but he really made a statement with his accessory of choice: a replica of his own head. Leto's move was inspired by Gucci's Fall 2018 runway show, which saw a bunch of models carrying their own severed heads down the runway.

The theme for this year's event is "Camp: Notes on Fashion," which essentially translates to fashion that's flashy and over-the-top — and carrying one's head alongside them is about as over-the-top as it gets. And because this is the Met Gala we're talking about, he of course took the opportunity to have some fun with his accessory of the night, as he primped it for photos and even tossed it back and forth with Shawn Mendes.

Read ahead to see more photos of Leto crushing the theme this year.

Related:
Look Back at Some of the Wildest Met Gala Themes Over the Years
Previous Next Start Slideshow
Jared LetoMet GalaRed Carpet