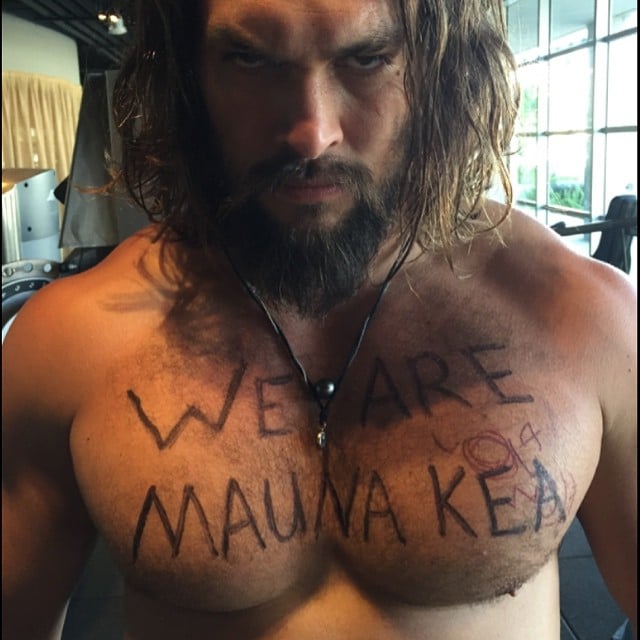 Jason Momoa is doing whatever he can to protect a sacred mountain in Hawaii, and a slew of celebrities are joining his fight. The former Game of Thrones star (and future Aquaman) has been one of hundreds of people protesting on the Big Island these past few weeks in an effort to stop the construction of a telescope and giant observatory on the dormant volcano Mauna Kea. The landmark is widely revered among native Hawaiians, and many island-born stars are gathering to gain awareness of the telescope project in a social media campaign that was started by Jason last week. The actor, who was born in Honolulu to a native Hawaiian father, urged his fellow celebrities to get in on the cause via Twitter and Instagram and shared a photo of himself shirtless with the words "We Are Mauna Kea" scrawled across his chest. Before long, Jason gained support from another Honolulu-born star, Nicole Scherzinger, as well as Ian Somerhalder, Suki Waterhouse, Emilia Clarke, and his own stepdaughter, Zoë Kravitz. Keep reading to see all of the stars who are championing Jason's protest against the construction on Mauna Kea.