Jenna Bush Hager dropped by Watch What Happens Live on Wednesday, and during her interview with Andy Cohen, she was asked her opinion on the recent controversy surrounding Republican staffer Elizabeth Lauten's harsh Facebook comments about Sasha and Malia Obama. "I'm fiercely protective of them," Jenna answered, adding, "It's not a job that they wanted." In the above video, Jenna also gushed that the girls "have done an incredible job."

As a former first daughter herself, the Today correspondent knows a thing or two about facing public scrutiny when your father is running the country, though she didn't have to deal with quite as much criticism via social media — unlike the Obama girls, Jenna and her twin sister, Barbara, didn't live in the White House full time during their father's eight-year presidency, as they were attending college. Jenna did admit, "Obviously I had a hard time [when father George W. Bush was president]," likely alluding to the underage drinking offenses that they faced, which played out in the news at the time. Watch her comments above and let us know what you think.

Toddlers
Watch a 3-Year-Old Prove Representation Matters as She Points to Hamilton's Phillipa Soo and Says, "It's Me"
by Alessia Santoro 6 hours ago 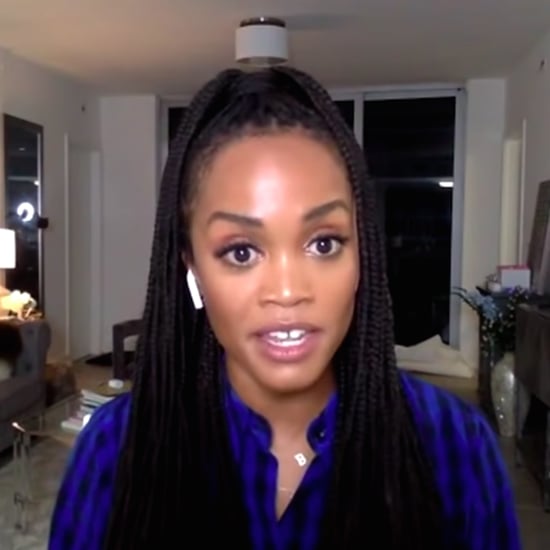 The Bachelorette
Looking Back at Her Bachelorette Season's Racist Suitor, Rachel Lindsay Demands Better Vetting
by Kelsey Garcia 3 weeks ago