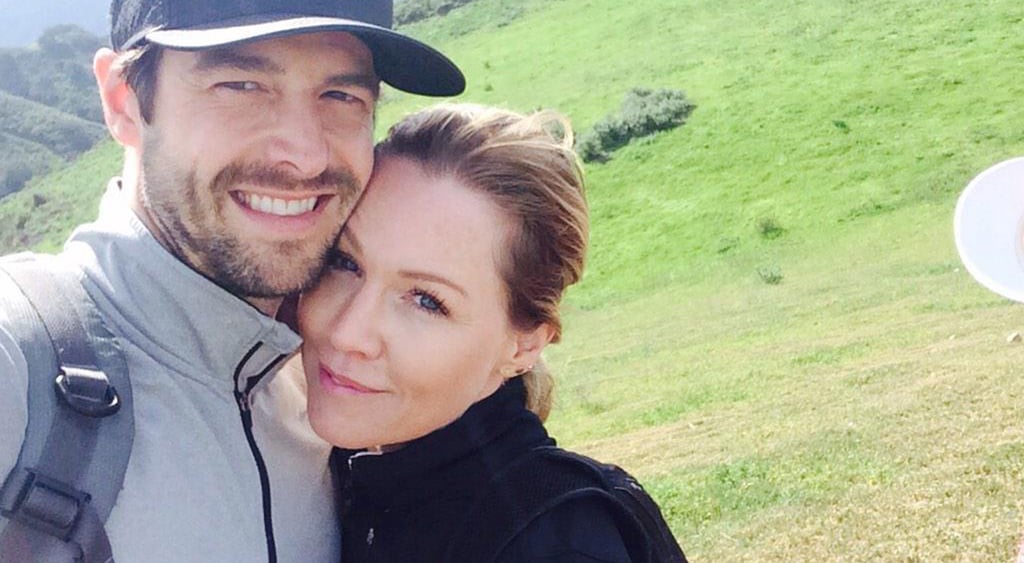 Jennie Garth is engaged to Dave Abrams! The couple has been together since last Fall, and in early March, they went on a romantic getaway together in Santa Barbara, CA. During their trip, Dave tweeted a cute picture of the pair, writing, "Our selfie game is strong." Most recently, for Jennie's 43rd birthday on April 3, Dave tweeted a sweet message, saying, "Happy Birthday @jenniegarth #loveumoreandmoreeachday." The actress has three daughters from her previous marriage to Peter Facinelli, which ended after 11 years in March 2012.

Congratulations to the couple!

Celebrity News
Porsha Williams and Simon Guobadia Are Officially Married: "The Best Is Yet to Come"
by Sabienna Bowman 23 hours ago