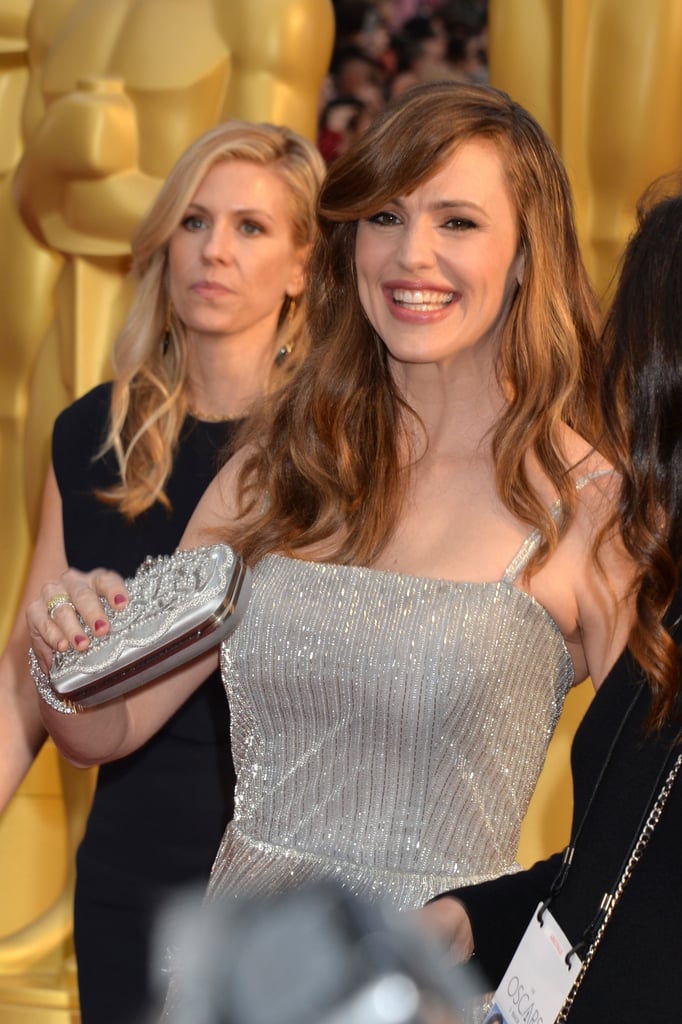 Jennifer Garner, who chose a fringed Oscar de la Renta gown and Forevermark Diamond earrings, wasn't up for any individual awards at the 2014 Oscars, but she had good reasons for being there. Jennifer presented an award with Benedict Cumberbatch as well as supported her film, Dallas Buyers Club, which is up for numerous awards, including best picture. Ben Affleck was slated to present, as he won the best picture award last year for Argo. The actor didn't show up after a busy week in Washington DC, where he discussed his work in the Congo on ABC and testified in a Senate hearing. The country and the plight of its people are causes close to Ben's heart, as he launched his own charity, the Eastern Congo Initiative, to help raise money and bring development aid to Congo.

What do you think of Jen's Oscars look? Be sure to vote in our fashion and beauty polls.

Celebrity Instagrams
It's a West Side Success Story! Rachel Zegler and Ariana DeBose React to Their Golden Globe Wins
by Naledi Ushe 6 days ago